Since 2012 when archaeologists discovered the 1,600-year-old mosaic beneath a Huqoq synagogue in Lower Galilee, Israel, they kept coming back to unearth more. &nbsp;

The team of Huqoq Excavation Project led by Professor Jodi Magness believes there is a wealth of history waiting to be uncovered in the site where a fifth-century Roman temple used to sit. Hence in their ninth year of digging, the crew found two artistic depictions on the synagogue floor as most outstanding among all the discoveries that summer. Both refer to events found in the Old Testament. 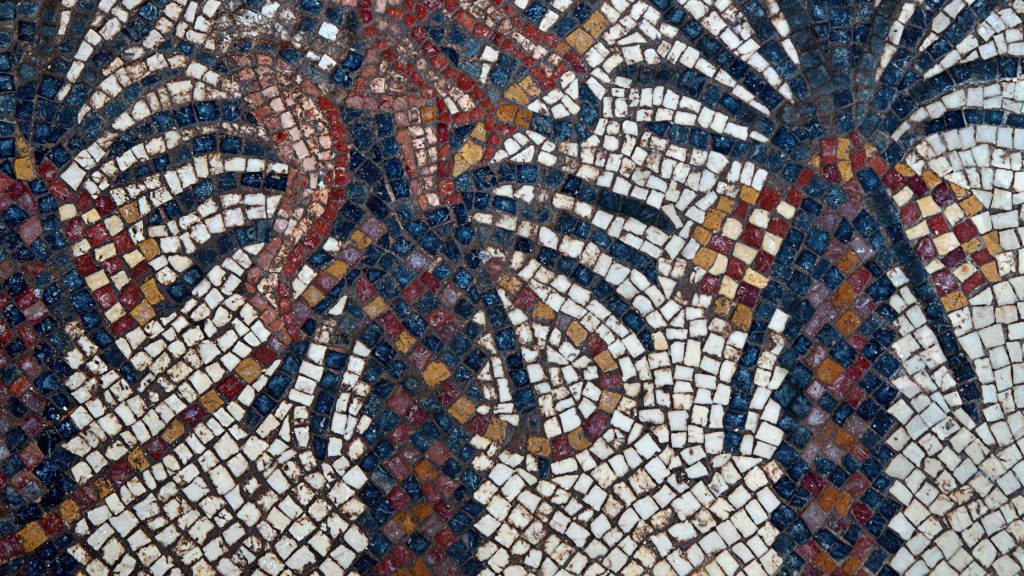 The first mosaic presented three panels or horizontal strips. According to Magness, one strip (or register) showed a loinclothed farm worker harvesting a cluster of dates by sliding down the produce through a rope. Middle strip, she said, was an impression of spring wells and date palms. And the last strip, which Magness said was at the left side, showed a man in short tunic carrying a pitcher of water entering an arched gate with an inscription that translates to, “And they came to Elim.”

Elim, as mentioned in Exodus 15:27, is a place of 12 spring wells and 70 palm trees where the Israelites encamped after crossing the Red Sea. A commentary said Elim represents the 12 tribes of Israel and the 70 elders.

Magness claimed that the artistic register about Elim is the first-ever depiction of the biblical event in ancient art.&nbsp; What makes the artwork perplexing, said the professor who teaches Early Judaism at the University of North Carolina, is that the Elim event is “a fairly minor episode in the Israelites’ desert wanderings.” For the ancient artists to illustrate the Elim event as synagogue décor “raises the question of why it was significant to this Jewish congregation in Lower Galilee.” 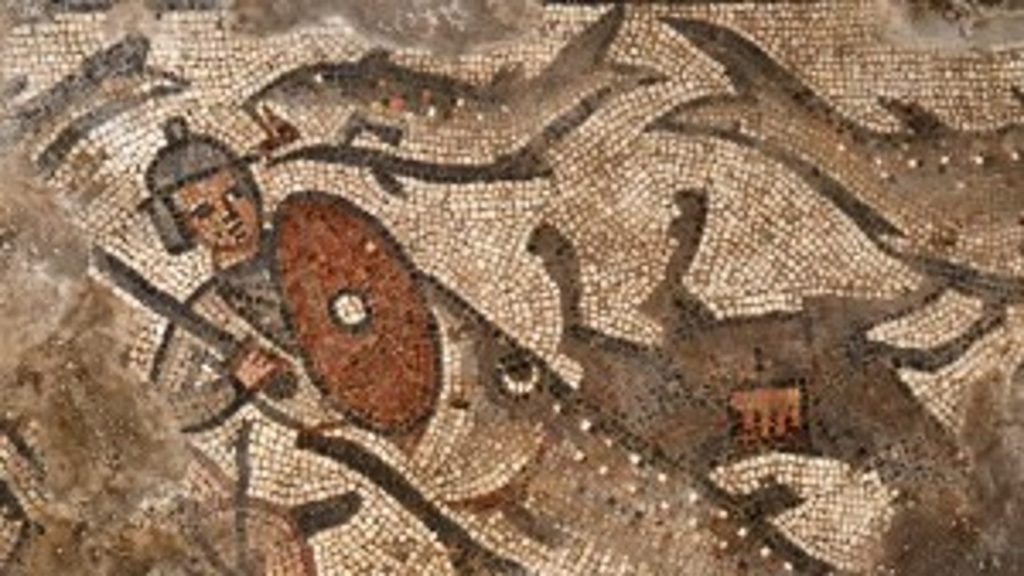 One rabbinical scholar commented that the Elim artwork could be a hidden message. Connecting the Elim event that dates to BCE (before common era, therefore Judaism) and the Huqoq synagogue built in the 5th century (Christian era), it could be the waning influence of the Great Sanhedrin due to the evolution at that time. &nbsp;

The other panel that made Magness say, ‘Wow! Look at this’ showed the end-times prophetic four beasts referred to in Daniel 7.

Said Magness: “The Daniel panel is interesting because it points to eschatological, or end of day, expectations among this congregation.”

Magness said it took them a week to realize that the “animals depicted in the mosaic in the north aisle are the four beasts in Daniel 7”, after “one of our staff members was able to read the accompanying Aramaic inscription identifying the first beast.”

Not all the beasts in the mosaic were preserved. Magness said “the second beast from Daniel 7:4 – a bear with three ribs protruding from its mouth – is preserved. So is most of the fourth beast, which is described in Daniel 7:7 as having iron teeth,” said Magness.

Unlike the Elim panel, no images of the Daniel panel were released yet, pending clearance. 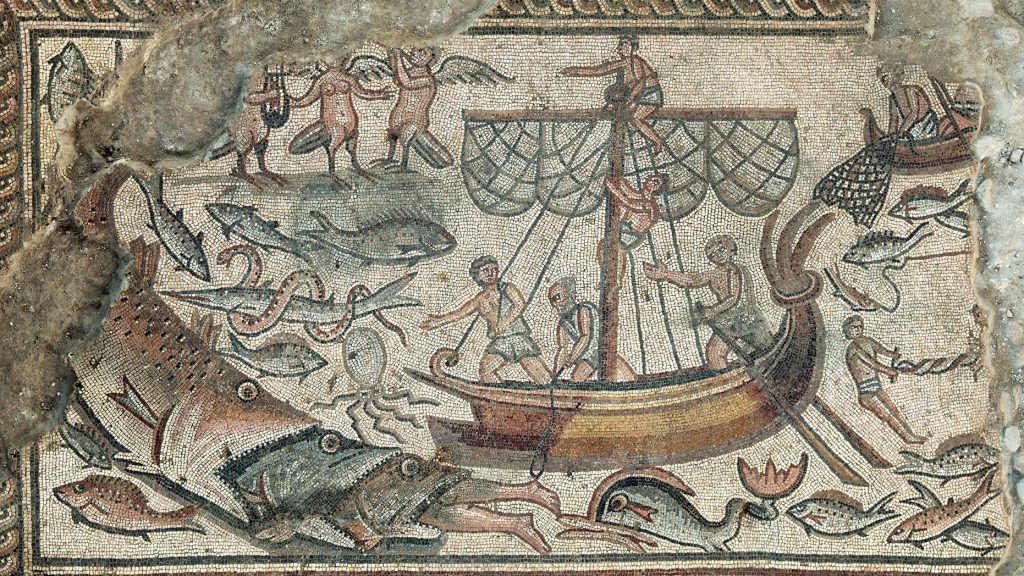 Other mosaics uncovered in the site since 2012 pictured Noah’s Ark, Jonah swallowed by a fish, parting of the Red Sea, Tower of Babel, and spies in between poles as referred in Numbers 13:23. One mosaic found in 2018 has been debated upon, whether it’s Samson or Alexander the Great.

Accordingly, said mosaics had been removed for conservation.