This Is My Task

This morning, our subject: "This is my task." The song is familiar to most of us: To love someone more dearly every day To help a wandering child to find his way To ponder o'er a noble thought and pray And smile when evening falls This is my task To follow truth as blind men long for light To do my ... Read More

WORK OF THE HOLY SPIRIT

JUST as God the Father promised, with ever in- creasing emphasis in the Old Testament the coming time in which His Son should be mani- fested, so during the latter months of Jesus' minis- try He promised when He went away He also would bestow a gift upon the world, even the Holy Ghost. As the hour o... Read More 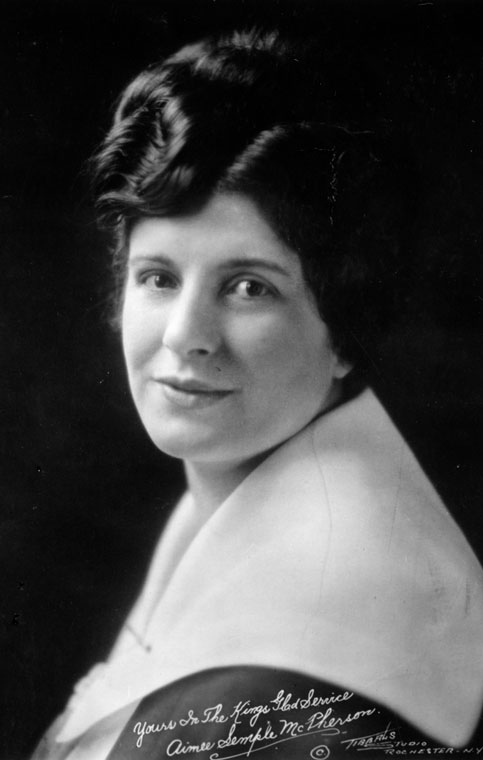 Also known as Sister Aimee, was a Canadian-American Los Angeles–based evangelist and media celebrity in the 1920s and 1930s. She founded the Foursquare Church. McPherson has been noted as a pioneer in the use of modern media, especially radio, and was the second woman to be granted a broadcast license. She used radio to draw on the growing appeal of popular entertainment in North America and incorporated other forms into her weekly sermons at Angelus Temple.

In her time she was the most publicized Christian evangelist, surpassing Billy Sunday and her other predecessors. She conducted public faith-healing demonstrations before large crowds, allegedly healing tens of thousands of people. McPherson's articulation of the United States as a nation founded and sustained by divine inspiration continues to be echoed by many pastors in churches today. Her media image, which sensationalized difficulties with her mother and daughter, as well as a mysterious five-week disappearance, shrouded her extensive charity work and significant contributions to the revitalization of American Christianity in the 20th century.