Sermons & Devotionals by Alexander of Alexandria

Epistles on the Arian Heresy and the Deposition of Arius

I.--TO ALEXANDER, BISHOP OF THE CITY OF CONSTANTINOPLE. To the most reverend and like-minded brother, Alexander, Alexander sends greeting in the Lord; 1. The ambitious and avaricious will of wicked men is always wont to lay snares against those churches which seem greater, by various pretexts attack... Read More 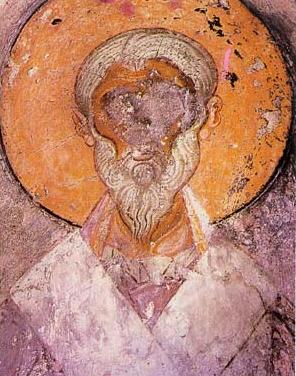 19th Pope of Alexandria & Patriarch of the See of St. Mark. During his patriarchate, he dealt with a number of issues facing the Church in that day. These included the dating of Easter, the actions of Meletius of Lycopolis, and the issue of greatest substance, Arianism. He was the leader of the opposition to Arianism at the First Council of Nicaea. He also is remembered for being the mentor of the man who would be his successor, Athanasius of Alexandria, who would become one of the leading Church fathers.

Alexander came to the council with a party which included Potamon of Heraclea, Paphnutius of Thebes, and Alexander's deacon, Athanasius, who acted as his spokesman. Alexander was himself supposed to preside over the meeting, but felt that he could not serve as both presiding official and chief accuser. On that basis, he turned over the presidency to Hosius of Cordova. After lengthy discussion, the council issued a decision which, among other things, confirmed the anaethema of Arius, authorized Alexander, at his urging, to allow Meletius to retain his episcopal title, but not be able to exercise any episcopal powers. Those Meletius had appointed could also retain their titles, but would only be elevated to the status of bishop on the death of one of the bishops consecrated by Alexander. It also gave Alexander the right to decide the timing of Easter on his own, asking him only to communicate his decision to Rome and the rest of Christendom. It also issued a statement that the Egyptian church would be allowed to retain its traditions regarding clerical celibacy. In this regard, Alexander followed the advice of Paphnutius of Thebes, who encouraged him to allow priests to be married after taking holy orders. Five months after returning to Alexandria from Nicaea, Alexander died. One source places his death on the 22nd of Baramudah, or April 17. As he was dying, he is said by some to have named Athanasius, his deacon, as his successor.[3]