Practical Directions How to Grow in Grace and Make Progress in Piety by Archibald Alexander (1772-1851) When there is no growth, there is no life. We have taken it for granted that among the regenerate, at the moment of their conversion, there is a difference in the vigor of the principle of spiritu... Read More

A Practical View Of Regeneration

That human nature has lost that moral purity and perfection with which it was originally endued, is a truth which lies at the heart of the Christian religion. Indeed, we see not how it can be denied by the deist, without casting a gross reflection on the character of God. It is only from the Scriptu... Read More

Reason teaches that there is a God, and that he ought to be worshipped. Had man remained in his primeval state of integrity, social worship would have been an incumbent duty. But it is evident that continual worship, whatever may be the fact in heaven, would not have been required of him while on th... Read More

Pithy gems from Archibald Alexander (1772 – 1851) ~ ~ ~ ~ No one was ever saved because his sins were small. No one was ever rejected on account of the greatness of his sins. Where sin abounds—grace shall much more abound. ~ ~ ~ ~ However long you may have continued in rebellion, and however black a... Read More

The Misery Of The Lost

THE MISERY OF THE LOST Archibald Alexander The soul of man is susceptible of an intense degree of unhappiness. Even in this world much misery is endured; but in the world to come, hope is a stranger, and there are no alleviating circumstances. The misery of the damned has by theologians been divided... Read More

The Day Of Judgment

THE DAY OF JUDGMENT by Archibald Alexander That a just God will render to every man according to his character and works, is a dictate of reason. Conscience also intimates to every man, when he sins, that he deserves to be punished. When we see or hear of great crimes committed by others, such as mu... Read More

Counsels Of The Aged To The Young

COUNSELS OF THE AGED TO THE YOUNG Archibald Alexander, 1844 It is a matter of serious regret that young people are commonly so little disposed to listen to the advice of the aged. This prejudice seems to have its origin in an apprehension that austerity and rigor naturally belong to advanced years; ... Read More

VITAL PIETY by Archibald Alexander (1772—1851) (Taken from Alexander's introduction to the anonymous book, "Advice to a Young Christian on the Importance of Aiming at an Elevated Standard of Piety", published by the American Tract Society in 1843.) True religion not only enlightens the understanding... Read More

Love To An Unseen Savior!

Love to an Unseen Savior! Archibald Alexander, 1772-1851 "Whom having not seen, you love! In whom, though now you see him not, yet believing, you rejoice with joy unspeakable and full of glory." 1 Peter 1:8 The Christians that were dispersed through Asia Minor, the very same ones to whom this epistl... Read More

An Amiable Youth Falling Short of Heaven by Archibald Alexander "One thing you lack." Mark 10:21 The history of this young man is given by three of the evangelists, Matthew 19, Mark 10, Luke 18, in nearly the same words. It is therefore doubtless worthy of our marked attention. This youth possessed ... Read More

HEAVEN by Archibald Alexander Heaven is a reality , not seen by eyes of flesh, but made known by revelation, and received by faith. Heaven is a rest from toil, trouble, temptation, and sin. Such a rest is very desirable, if it were only a sweet sleep; but heaven is more. It is a state of delightful ... Read More

The King Of Terrors!

THE KING OF TERRORS by Archibald Alexander His dominion is wide as the world; his subjects, all men except two. His tyranny is inexorable. By no art, by no flight, by no concealment, by no resistance, can we escape. DEATH is the doom of every man. And whatever we do, wherever we are, his approach is... Read More

The Importance Of Salvation

THE IMPORTANCE OF SALVATION by Archibald Alexander In comparison with salvation, all other subjects are trivial. To waste time in the pursuit of wealth, or in the chase of sensual pleasure, while our salvation is not secure, is more than folly—it is madness. What, would you agree to dwell in the dar... Read More

THE CROSS by Archibald Alexander Whence came the tree from which the cross was made? What has become of the particles of which it was composed? What hands were employed in preparing this instrument of a cruel death? To such questions no answer can be given--and none is needed. The cross was a common... Read More

Returning To Our First Love

Returning to Our First Love! By Archibald Alexander "Nevertheless I have this against you, that you have left your first love . Remember therefore from where you have fallen; repent and do the first works, or else I will come to you quickly and remove your lampstand from its place—unless you repent.... Read More

WHAT I DESIRE by Archibald Alexander Spiritual knowledge is that view of divine truth which arises from the illumination of the Holy Spirit. With this divine illumination comes: A lively exercise of faith, not merely in the way of assenting to the truth, but confiding in the promises. A holy suscept... Read More

Obedience To Christ Gives Assurance Of The Truth Of His Doctrines

Obedience to Christ Gives Assurance of the Truth of His Doctrines by Archibald Alexander (1772—1851) "If any man will do his will, he shall know of the doctrine—whether it be of God." John 7:17 The truth of the Gospel is established by two kinds of evidence; external and internal. The former is hist... Read More

Practical Directions How to Grow in Grace and Make Progress in Piety Archibald Alexander (1772-1851) When there is no growth, there is no life. We have taken it for granted that among the regenerate, at the moment of their conversion, there is a difference in the vigor of the principle of spiritual ... Read More

FASTING by Archibald Alexander Yesterday a pious young minister called upon me, and said he wished I would write a short article on the duty of fasting. He observed, that among Christians of our day he feared this duty was much neglected. I referred him to a valuable discourse of the late venerable ... Read More

Letter To A Bereaved Widower

Letter to a bereaved widower by Archibald Alexander My Dear Afflicted Friend, Since I heard of your bereavement, by which "the desire of your eyes" (Ezek 24:21) has been taken away from you by a sudden stroke, I have thought often of you, and resolved to write you a letter of condolence; but perhaps... Read More 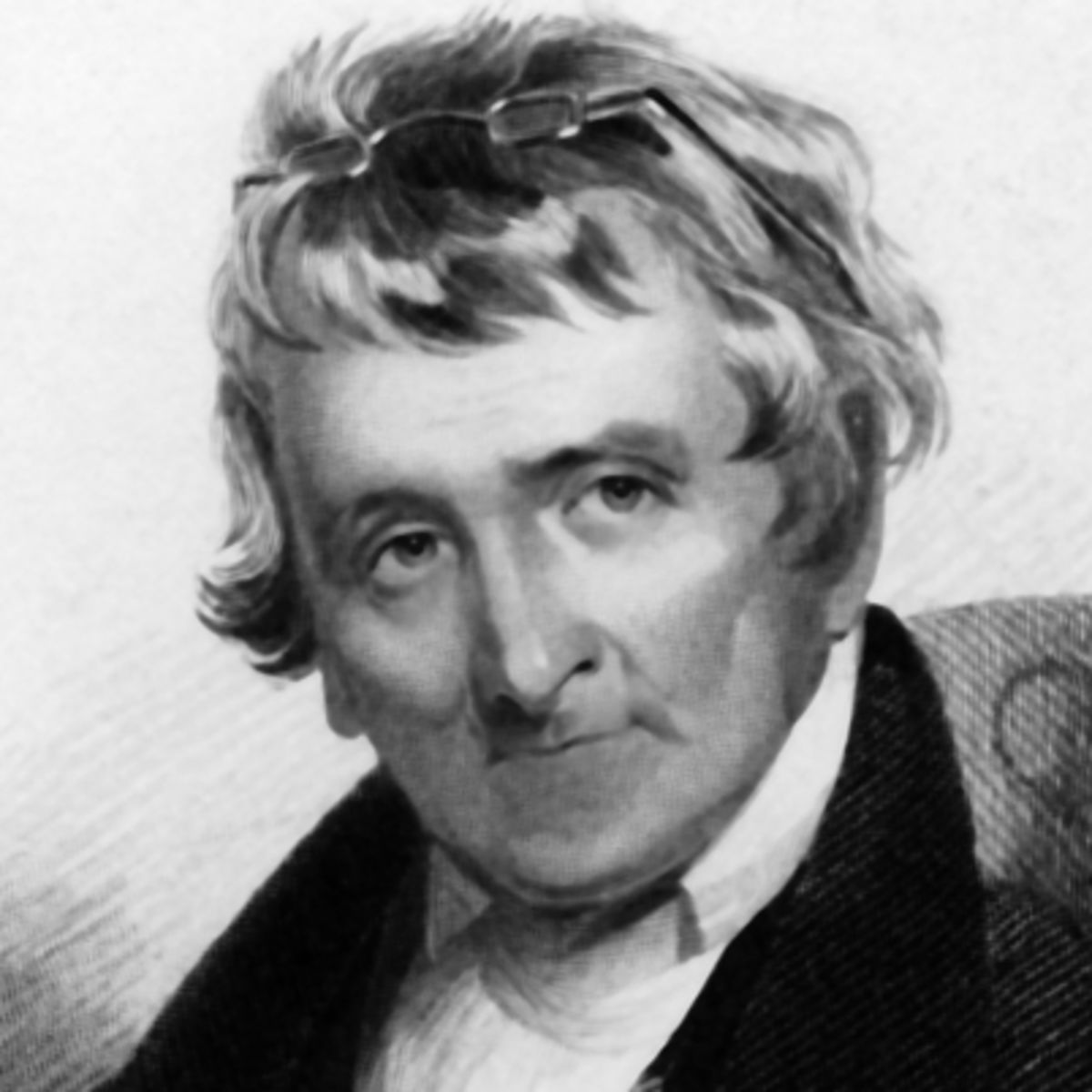 Born near Lexington, Virginia, he was the son of a merchant and farmer. At the age of 10, he attended the academy of Rev. William Graham at Timber Ridge meetinghouse, which later became Washington and Lee University. At 17 years of age, he became the tutor to the family of General John Posey.

He then returned to Timber Ridge. He was influenced by the "Great Revival" and began the study of divinity, being licensed to preach October 1, 1791. and ordained as a Presbyterian on June 9, 1794. He was an itinerant pastor for seven years. He was president of Hampton Sydney College (1797-1806). In 1807 he became pastor of Pine Street Presbyterian Church in Philadelphia.

He received the Doctor of Divinity in 1810 from the College of New Jersey and also assumed the presidency of the Union college in Georgia. He was the first president of Princeton Theological Seminary (1812-1851).