Sermons & Devotionals by Benjamin B. Warfield

by Samuel G. Craig Benjamin Breckinridge Warfield was born at 'Grasmere' near Lexington, Kentucky, November 5, 1851 and died at Princeton, New Jersey, February 17, 1921. His progenitors of English and Scotch-Irish origin, on both his paternal and maternal sides, were early settlers in this country w... Read More

There is no one of the titles of Christ which is more precious to Christian hearts than "Redeemer." There are others, it is true, which are more often on the lips of Christians. The acknowledgment of our submission to Christ as our Lord, the recognition of what we owe to Him as our Savior,--these th... Read More

A Brief and Untechnical Statement of the Reformed Faith

I believe that my one aim in life and death should be to glorify God and enjoy him forever; and that God teaches me how to glorify him in his holy Word, that is, the Bible, which he had given by the infallible inspiration of this Holy Spirit in order that I may certainly know what I am to believe co... Read More

A Review of Lewis Sperry Chafer's "He That Is Spiritual"

Mr. Chafer is in the unfortunate and, one would think, very uncomfortable condition of having two inconsistent systems of religion struggling together in his mind. He was bred an Evangelical, and, as a minister of the Presbyterian Church, South, stands committed to Evangelicalism of the purest water... Read More

Augustine & The Pelagian Controversy: Part 1: The Origin & Nature of Pelgagianism

It was inevitable that the energy of the Church in intellectually realizing and defining its doctrines in relation to one another, should first be directed towards the objective side of Christian truth. The chief controversies of the first four centuries and the resulting definitions of doctrine, co... Read More

Pelagius seems to have been already somewhat softened by increasing age when he came to Rome about the opening of the fifth century. He was also constitutionally averse to controversy; and although in his zeal for Christian morals, and in his conviction that no man would attempt to do what he was no... Read More

Augustine & The Pelagian Controversy: Part 3 : Augustine's Part in The Controversy

Both by nature and by grace, Augustine was formed to be the champion of truth in this controversy. Of a naturally philosophical temperament, he saw into the springs of life with a vividness of mental perception to which most men are strangers; and his own experiences in his long life of resistance t... Read More

Augustine & The Pelagian Controversy: Part 4: The Theology of Grace

The theology which Augustine opposed, in his anti-Pelagian writings, to the errors of Pelagianism, is, shortly, the theology of grace. Its roots were planted deeply in his own experience, and in the teachings of Scripture, especially of that apostle whom he delights to call "the great preacher of gr... Read More

The exact nature of the intimate relation between religion and theology is not always perceived. Sometimes religion is made the direct product of theology; more frequently theology is conceived as directly based on religion. The truth is that while they react continually upon each other, neither is ... Read More

Calvin and the Bible

It is inadequate praise to say of Calvin that he was the best expositor of the Scriptures of his day; that he knew them better than any of his contemporaries, and was the most capable man of his time in unveiling their treasures to others. This is universally admitted. "Calvin," says Reuss, "was, be... Read More

Calvin and the Reformation

John Calvin did not belong to the first generation of Reformers. When Luther nailed his Ninety-five Theses to the door of the Castle Church at Wittenberg, he was a child of eight years old. When he entered upon his work as Reformer, the first great battle of the Reformation had been fought out. Zwin... Read More

Calvinism: The Meaning and Uses of the Term

No rite or ceremony enters into the essence of Christianity. There were some in Paul's day who thought that the blessings of salvation could be enjoyed only by those who performed certain ritual acts. But Paul defended with the utmost vigor the gospel of salvation by faith alone. He made it perfectl... Read More

Christianity and Our Times

When we are asked why it is that there are so many persons who are indifferent to the claims of the Church, no doubt the safest answer to give is that it is for reasons best known to themselves. It seems, however, only a voluntary humility to profess to be ignorant of the fundamental basis of this i... Read More

Christianity is the one revealed religion. That is to say, while the tenets of other religions are the product of human thought, the doctrines of Christianity are communications from God. Christianity thus stands fundamentally in contrast with all other religions. Nothing could be less true, therefo... Read More

It is the primary claim of Christianity that it is "the truth." Jesus Christ, its founder, calls himself significantly "the truth" (John xiv. 6), and sums up his mission in the world as a constant witness-bearing to "the truth" (John xviii. 37). It is accordingly as "the truth" that the gospel offer... Read More

Darwin's Arguments Against Christianity And Religion

Science has not broken with religion. But a large number of the scientific thinkers of our generation have. When we ask why, the reason returned is apt to be colored by the personal feelings of the answerer. One attributes it to the bondage into which what he speaks of as "so-called modern science" ... Read More

Edwards and the New England Theology

JONATHAN EDWARDS, saint and metaphysician, revivalist and theologian, stands out as the one figure of real greatness in the intellectual life of colonial America. Born, bred, passing his whole life on the verge of civilization, he has made his voice heard wherever men have busied themselves with tho... Read More

"By grace have ye been saved," says Paul to the Ephesians (Eph. ii. 5, 8); and so important does it seem to him that his readers shall understand this and bear it on their hearts that he says it twice in the course of four verses. He says it in such a way, moreover, as to throw a tremendous emphasis... Read More

The opening verses of the second chapter of the Second Epistle to Timothy are in essence a comprehensive exhortation to faithfulness. The apostle Paul was lying imprisoned at Rome, with expectation of no other issue than death. The infant Church had fallen upon perilous times. False teachers were as... Read More 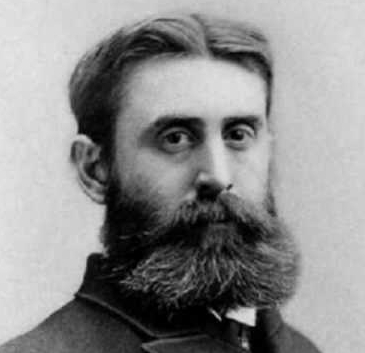 Benjamin Breckinridge Warfield was professor of theology at Princeton Seminary from 1887 to 1921. Some conservative Presbyterians consider him to be the last of the great Princeton theologians before the split in 1929 that formed Westminster Seminary and the Orthodox Presbyterian Church.

Warfield entered Princeton University in 1868 and graduated in 1871 with high honors. Although Warfield studied mathematics and science in college, while traveling in Europe he decided to study theology, surprising even many of his closest friends. He entered Princeton Seminary in 1873, in order to train for ministry as a Presbyterian minister. He graduated in 1876. For a short time in 1876 he preached in Presbyterian churches in Concord, Kentucky and Dayton, Ohio as a "supply pastor". In late 1876 Warfield and his new wife moved to Germany where he studied under Ernst Luthardt and Franz Delitzsch. Warfield was the assistant pastor of First Presbyterian Church in Baltimore, Maryland for a short time. Then he became an instructor at Western Theological Seminary, which is now called Pittsburgh Theological Seminary. He was ordained on April 26, 1879.

During his tenure, his primary thrust (and that of the seminary) was an authoritative view of the Bible. This view was held in contrast to the emotionalism of the revival movements, the rationalism of higher criticism, and the heterodox teachings of various New religious movements that were emerging. The seminary held fast to the Reformed confessional tradition — that is, it faithfully followed the Westminster Confession of Faith.

Warfield's view of evolution may appear unusual for a conservative of his day. He was willing to accept that Darwin's theory might be true, but believed that God guided the process of evolution, and was as such an evolutionary creationist.