Atonement Through the Blood of Jesus

"For if the blood of bulls and of goats and the ashes of an heifer sprinkling the unclean, sanctifieth to the purifying of the flesh" - Paul argued in his letter to the Hebrews "how much more shall the blood of Christ, who through the eternal Spirit offered himself without spot to God, purge your co... Read More

"Thy own wickedness shall correct thee. Thy backsliding shall reprove thee. Know therefore and see that it is an evil thing and bitter that thou hast forsaken the Lord thy God, and that my fear is not in thee, saith the Lord God of Hosts." Jeremiah 11:19. Many start the voyage of the Christian life ... Read More

Here we have one of the strangest scenes in all the Gospels. Two men, possessed of devils, confront Jesus, and while the devils are crying out for Jesus to leave them, he commands the devils to come out, and the devils obey the command of Jesus. The devils ask permission to enter into a herd of swin... Read More

"He repaired the altar of the Lord that was broken down."-- I Kings 18:30 There is something more than history in the chapter from which my text is taken, just as there is always more in a picture than is seen at first glance. The state of affairs at this time the chapter opens was as bad as is poss... Read More

"And being more in agony, He prayed more earnestly; and His sweat was as it were great drops of blood falling down to the ground" -- Luke 22:24 Infidels have seized upon certain verses of Scripture and have given as reasons for their unbelief that the statement therein contained did not agree with t... Read More

He That Winneth Souls is Wise

(As preached in Richmond, Indiana, 1922) "He that winneth souls is wise." -- Proverbs 11:30 There are vast multitudes in this enlightened land of ours who are in open rebellion against God. "We will not have this man, Jesus Christ, to reign over us," is the heartless cry that winds its flight from o... Read More

"Take this child away, and nurse it for me, and I will give thee thy wages" -- Exodus 2:9 THE STORY OF MOSES is one of the most beautiful and fascinating in all the world. It takes a hold on us and never for an instant does it lose its interest, for it is so graphically told that once heard it is ne... Read More

INTRODUCTION Modern to the last minute Sunday's methods may be, but his message is unmistakably the "Old-time religion." He believes his beliefs without a ques tion. There is no twilight zone in his intellectual processes; no mental reservation in his preaching. He is sure that man is lost without C... Read More

"Be thou strong therefore, and shew thyself a man" -- 1 Kings 2:2 No one can read the Bible in a thoughtful way without being impressed with the fact that it makes much of manhood, and holds it up as something that should be sought after with diligence and perseverance. In fact the Bible exalts and ... Read More

Spiritual Food for a Hungry World

"They need not depart; give ye them to eat." - Matthew 14:16. Some folks do not believe in miracles. I do. A denial of miracles is a denial of the virgin birth of Jesus. The Christian religion stands or falls on the virgin birth of Christ. God created Adam and Eve without human agencies. He could an... Read More

Teach Us To Pray

We live and develop physically by exercise. We are saved by faith, but we must work out our salvation by doing the things God wills. The more we do for God, the more God will do through us. Faith will increase by experience. If you are a stranger to prayer you are a stranger to the greatest test sou... Read More

"Rejoice, 0 young man, in thy youth, and let thy heart cheer thee in the days of thy youth, and walk in the ways of thy heart, and in the sight of thine eyes: but know thou, that for all these things God will bring thee into judgment" -- Eccl. 11:9 "Whatsoever a man soweth, that shall he also reap" ... Read More

The Need For Revivals

The Second Coming of Christ

"Then we which are alive and remain shall be caught up together with them in the clouds, to meet the Lord in the air; and so shall we ever be with the Lord. Wherefore comfort one another with these words" (1 Thessalonians 4:17-18). THE MEETING here mentioned is to be the greatest meeting the Bible t... Read More

"Be not deceived; God is not mocked: for whatsoever a man soweth, that shall he also reap."--Gal. 6:7. I know of no more suitable text in all the Bible for the subject that I have in hand. And by the presence of such a vast audience and by the expectant look upon your upturned faces I am sure that y... Read More

"What profit hath a man of all his labor which he taketh under the sun?" -- Eccl. 1:3 THIS question is asked and answered by King Solomon, and in our language it means about this: "What good does a man get out of life if he lives only for what this world can give?" If any man has ever been able to g... Read More

Why Delay Your Real Conversion?

What does converted mean? It means completely changed. Converted is not synonymous with reformed. Reforms are from without - conversion from within. Conversion is a complete surrender to Jesus. It's a willingness to do what he wants you to do. Unless you have made a complete surrender and are doing ... Read More

"His name shall be called Wonderful" -- Isaiah 9:6 IN olden times all names meant something, and this is still the case among Indians and all other people who are living in a primitive way. Whenever you know an Indian's name and the meaning of it, you know something about the Indian. Such names as K... Read More

The exact text of the booklet, ""Billy" Sunday Funeral", put out by the Moody Bible Church of Chicago (Loizeaux Brothers, publishers) in 1939. Comments added by the BGC Archives are in brackets. Billy Sunday died November 5, 1935, thirteen days before his seventy-second birthday. The service at Mood... Read More

ca. 1910-1935 Dear Friend: You have by this act of coming forward publicly acknowledged your faith in Jesus Christ as your personal Savior. No one could possibly be more rejoiced that you have done this, or be more anxious for you to succeed and get the most joy out of the Christian life, than I. Th... Read More 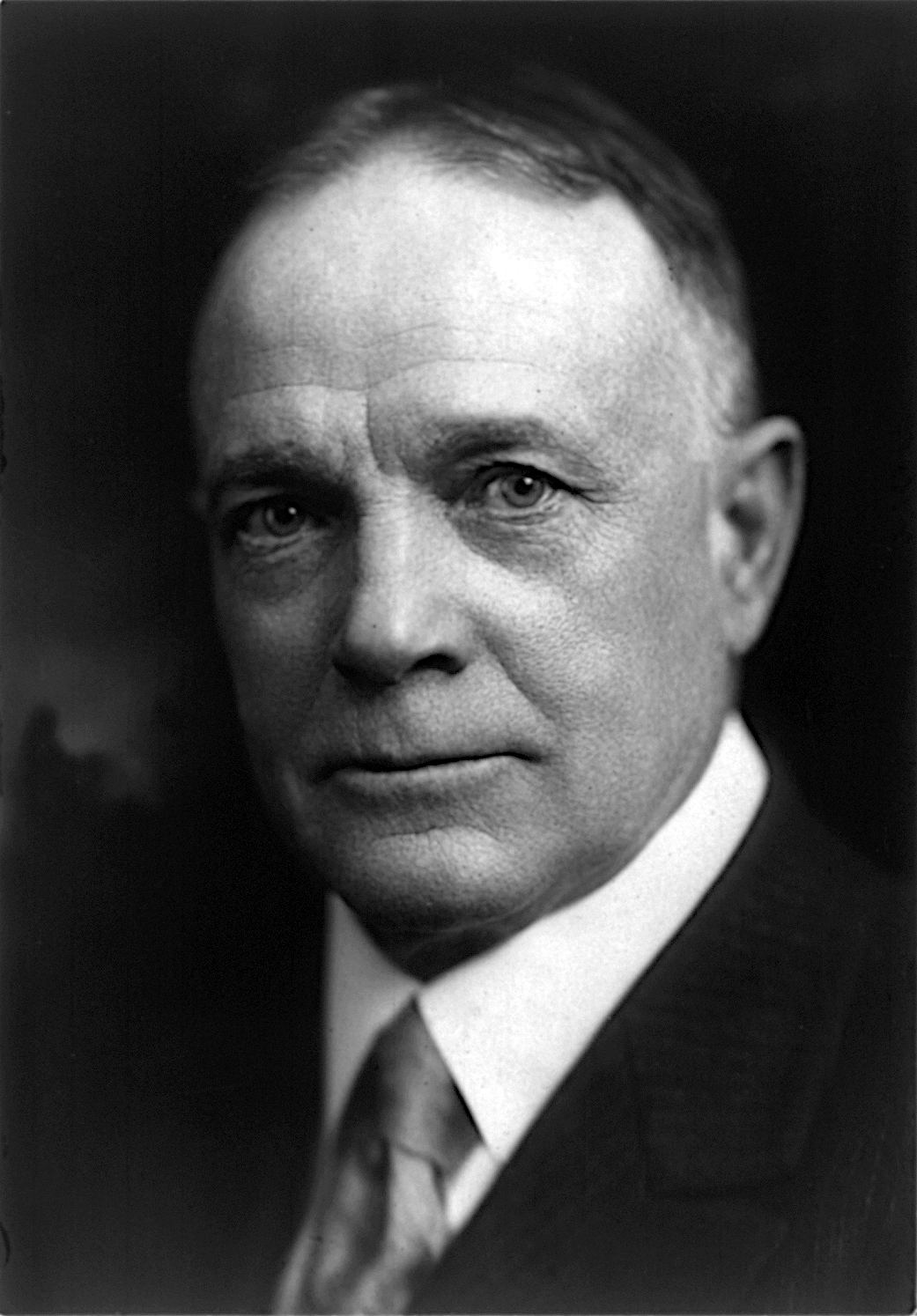 Was an American athlete who, after being a popular outfielder in baseball's National League during the 1880s, became the most celebrated and influential American evangelist during the first two decades of the 20th century.

Billy Sunday was a conservative evangelical who accepted fundamentalist doctrines. He affirmed and preached the inerrancy of the Bible, the virgin birth of Christ, the doctrine of substitutionary atonement, the bodily resurrection of Christ, a literal devil and hell, and the imminent return of Jesus Christ. At the turn of the 20th century, most Protestant church members, regardless of denomination, gave assent to these doctrines. Sunday refused to hold meetings in cities where he was not welcomed by the vast majority of the Protestant churches and their clergy.


William Ashley "Billy" Sunday was an American athlete and religious figure. Born into poverty in Iowa, Sunday spent some years in an orphanage before working at odd jobs, then after being a popular outfielder in baseball's National League during the 1880s, became the most celebrated and influential American evangelist during the first two decades of the 20th century.

Converted to evangelical Christianity in the 1880s, Sunday left baseball for the Christian ministry. He gradually developed his skills as a pulpit evangelist in the Midwest and then, during the early 20th century, he became the nation's most famous evangelist with his colloquial sermons and frenetic delivery.

Sunday held widely reported campaigns in America's largest cities, and he attracted the largest crowds of any evangelist before the advent of electronic sound systems. Sunday was a strong supporter of Prohibition.

Sunday continued to preach and remained a stalwart defender of conservative Christianity until his death.

Billy Sunday died in Chicago, November 6, 1935; services were held in the Moody Memorial Church with 4,400 present.

This young convert was deeply impressed and determined to make these the rules of his life. From that day onward throughout his life he made it a rule to spend the first moments of his day alone with God and God's Word.

Before he read a letter, looked at a paper or even read a telegram, he went first to the Bible, that the first impression of the day might be what he got directly from God.