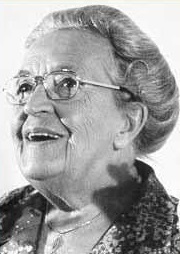 INTRODUCTION Before World War II I started a work to bring the Gospel to feeble-minded people who were not in institutions. They were not able to go to church: they could not understand the sermon. But did they not need the Lord Jesus, just like you and I? We learn from the Bible that the Lord Jesus... Read More
Corrie Ten Boom

"The world is deathly ill. It is dying. The Great Physician has already signed the death certificate. Yet there is still a great work for Christians to do. They are to be streams of living water, channels of mercy to those who are still in the world. It is possible for them to do this because they a... Read More
Subscribe