I judge that my prayer is more than the devil himself; if it were otherwise, Luther would have fared differently long before this. Yet men will not see and acknowledge the great wonders or miracles God works in my behalf. If I should neglect prayer but a single day, I should lose a great deal of the... Read More

The principal cause of my leanness and unfruitfulness is owing to an unaccountable backwardness to pray. I can write or read or converse or hear with a ready heart; but prayer is more spiritual and inward than any of these, and the more spiritual any duty is the more my carnal heart is apt to start ... Read More

An Example of Devotion

I urge upon you communion with Christ a growing communion. There are curtains to be drawn aside in Christ that we never saw, and new foldings of love in him. I despair that I shall ever win to the far end of that love, there are so many plies in it. Therefore dig deep, and sweat and labor and take p... Read More

GOD has committed himself to us by his Word in our praying. The Word of God is the basis and the inspiration and the heart of prayer. Jesus Christ stands as the illustration of God's Word, its illimitable good in promise as well as in realization. God takes nothing by halves. He gives nothing by hal... Read More

Begin the Day with Prayer

I ought to pray before seeing any one. Often when I sleep long, or meet with others early, it is eleven or twelve o'clock before I begin secret prayer. This is a wretched system. It is unscriptural. Christ arose before day and went into a solitary place. David says: "Early will I seek thee"; "Thou s... Read More

THE Pious Quesnel says that "God is found in union and agreement. Nothing is more efficacious than this in prayer." Intercessions combine with prayers and supplications. The word does not mean necessarily prayer in relation to others. It means a coming together, a falling in with a most intimate fri... Read More

This perpetual hurry of business and company ruins me in soul if not in body. More solitude and earlier hours! I suspect I have been allotting habitually too little time to religious exercises, as private devotion and religious meditation, Scripture-reading, etc. Hence I am lean and cold and hard. I... Read More

Devotion: The Heart of Prayer

Devotion is the particular frame of mind found in one entirely devoted to God. It is the spirit of reverence, of awe, of godly fear. It is a state of heart which appears before God in prayer and worship. It is foreign to everything like lightness of spirit, and is opposed to levity and noise and blu... Read More

The act of praying is the very highest energy of which the human mind is capable; praying, that is, with the total concentration of the faculties. The great mass of worldly men and of learned men are absolutely incapable of prayer. -- Samuel Taylor Coleridge BISHOP WILSON says: In H. Martyn's journa... Read More

Zeal is a contagious, but not a popular, element. Our fathers took their tea piping hot; we take ours iced. Iced Christianity is more popular and tasteful than iced tea. We can endure in our churches enough warmth to take the chill off, but more than this is offensive. We have added many good elemen... Read More

Grace from the Heart Rather than the Head

Study not to be a fine preacher. Jerichos are blown down with rams' horns. Look simply unto Jesus for preaching food; and what is wanted will be given, and what is given will be blessed, whether it be a barley grain or a wheaten loaf, a crust or a crumb. Your mouth will be a flowing stream or a foun... Read More

For nothing reaches the heart but what is from the heart or pierces the conscience but what comes from a living conscience. -- William Penn In the morning was more engaged in preparing the head than the heart. This has been frequently my error, and I have always felt the evil of it especially in pra... Read More

IT is worthy of note that the praying to which such transcendent position is given and from which great results are attributable, is not simply the saying of prayers, but holy praying. It is the "prayers of the saints," the prayers of the holy men of God. Behind such praying, giving to it energy and... Read More

Study universal holiness of life. Your whole usefulness depends on this, for your sermons last but an hour or two; your life preaches all the week. If Satan can only make a covetous minister a lover of praise, of pleasure, of good eating, he has ruined your ministry. Give yourself to prayer, and get... Read More

Much Prayer the Price of Unction

All the minister's efforts will be vanity or worse than vanity if he have not unction. Unction must come down from heaven and spread a savor and feeling and relish over his ministry; and among the other means of qualifying himself for his office, the Bible must hold the first place, and the last als... Read More

Much Time Should Be Given to Prayer

The great masters and teachers in Christian doctrine have always found in prayer their highest source of illumination. Not to go beyond the limits of the English Church, it is recorded of Bishop Andrews that he spent five hours daily on his knees. The greatest practical resolves that have enriched a... Read More

Our Sufficiency Is of God

But above all he excelled in prayer. The inwardness and weight of his spirit, the reverence and solemnity of his address and behavior, and the fewness and fullness of his words have often struck even strangers with admiration as they used to reach others with consolation. The most awful, living, rev... Read More 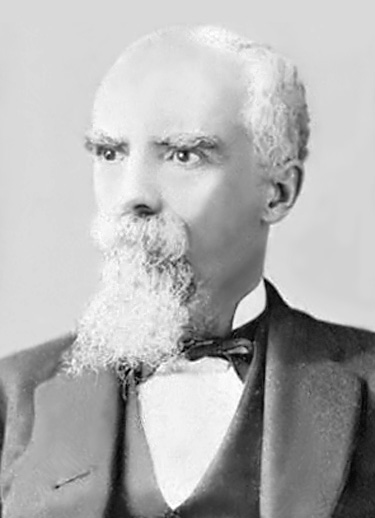 Methodist minister and devotional writer, was born in Shelby County, Missouri. He spent the last 17 years of his life with his family in Washington, Georgia, writing his Spiritual Life Books. His burden was the neglect of prayer in the church and especially by ministers therefore his first book published was power through prayer which was originally published with the title: "The Pastor and Prayer."

Practiced law for three years until he was called to preach the gospel. While serving as chaplain during the Civil War, he was captured and held prisoner in Nashville, Tennessee. After his release, he held several pastorates. His books on prayer have been continual best-sellers for over fifty years. Possibilities of Prayer.


Edward McKendree Bounds was a clergyman of the Methodist Episcopal Church South and author of eleven books, nine of which focused on the subject of prayer.

Although apprenticed as an attorney, Bounds felt called to Christian ministry in his early twenties during the Third Great Awakening. Following a brush arbor revival meeting led by Evangelist Smith Thomas, he closed his law office and moved to Palmyra, Missouri to enroll in the Centenary Seminary. Two years later, in 1859 at the age of 24, he was ordained by his denomination and was named pastor of the nearby Monticello, Missouri Methodist Church.

He became a chaplain in the Confederate States Army (3rd Missouri Infantry CSA) During the First Battle of Franklin, Bounds suffered a severe forehead injury from a Union saber, and he was taken prisoner. On June 28, 1865, Bounds was among Confederate prisoners who were released upon the taking of an oath of loyalty to the United States.

According to people who were constantly with him, in prayer and preaching, for eight years "Not a foolish word did we ever hear him utter. He was one of the most intense eagles of God that ever penetrated the spiritual ether."

"As breathing is a physical reality to us, so prayer was a reality for Bounds. He took the command, 'Pray without ceasing' (1 Thess. 5:17) almost as literally as nature takes the law that controls our breathing. He did not merely pray well that he might write well about prayer. He prayed because the needs of the world were upon him. He prayed for long years, upon subjects that the easy going Christian rarely gives a thought, and for objects that men of less thought and faith are always ready to call impossible. From his solitary prayer vigils, year by year, there arose teaching equaled to few men in modern Christian history. He wrote transcendently about prayer, because he was himself transcendent in its practice." - Reverend Claude L. Chilton, minister and friend.