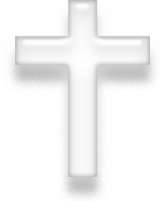 Frank William Boreham was a Baptist preacher best known in New Zealand, Australia, and England. Boreham heard the great American preacher Dwight L. Moody during his youth. Boreham became a Baptist preacher after conversion to Christianity while working in London. Boreham was probably the last student interviewed by Charles Spurgeon for entry into his Pastor's College. After graduation, Boreham accepted a ministry at Mosgiel church, Dunedin, New Zealand, in March 1895 and there began his prolific writings initially for the local newspaper.

He later was a pastor in Hobart, Tasmania, and then on mainland Australia in Melbourne at Armadale and Kew. He retired in 1928 at age 57, but continued to preach and write.

During Billy Graham's evangelistic campaign in Australia in early 1959 Graham sought out Boreham in particular for a discussion, due in great part to Boreham's widely read and respected writings.

Boreham wrote some 3,000 editorials that appeared in the Hobart Mercury every week for 47 years between 1912-1959, and others in the Melbourne Age. He was calling on these works for yet another book, with one article for each day of the year, when he died.

He published some 46 books with Epworth Press. Many of these books received wide international acclaim.

"Blessed are the pure in heart: for they shall see God" (Matt. 5:8). Two stupendous principles underlie this searching utterance. The first is that heart-purity is the essential condition to the reception of a divine revelation. God can reveal himself more readily to the pure in heart than to the mi... Read More
Frank W. Boreham

"Blessed are the meek: for they shall inherit the earth" (Matt. 5:5). It is absurd to deplore the possession of a fiery temper. The temper of Moses was, to the end of his days, one of the secrets of his strength. Aaron and the idolaters trembled when, in a fit of holy wrath, Moses broke the two tabl... Read More
Frank W. Boreham

"Blessed are the peacemakers: for they shall be called the children of God" (Matt. 5:9). The world will see in the peacemaker a softened, hallowed mirroring of the divine glory "He gives offense to none, even when fiercely provoked," men will say; "he takes offense from none, even when directly insu... Read More
Frank W. Boreham

The Church is Persecuted

"Blessed are they which are persecuted for righteousness' sake: for theirs is the kingdom of heaven" (Matt. 5:10). Indeed, he had his whole Church in mind--the Church of all times and of all climes. For the eighth beatitude includes us all. It would be a thousand pities to confine its scope to those... Read More
Frank W. Boreham

The Evidence of Christ

"Blessed are ye, when men shall revile you, and persecute you, and shall say all manner of evil against you falsely, for my sake" (Matt. 5:11). The persecuted are blessed by reason of the factors that led to their persecution. They have been permitted to see truth to which other eyes were blind. The... Read More
Frank W. Boreham

The Heart That Mourns

The Throne of Purity

"Behold, thou desirest truth in the inward parts..." (Ps. 51:6). The heart is the throne; and on the throne Purity must reign supreme. The will--so difficult to control--must yield unreserved allegiance to Purity's beneficent rule. The imagination--so hard to confine--must no longer deck the mind wi... Read More
Subscribe