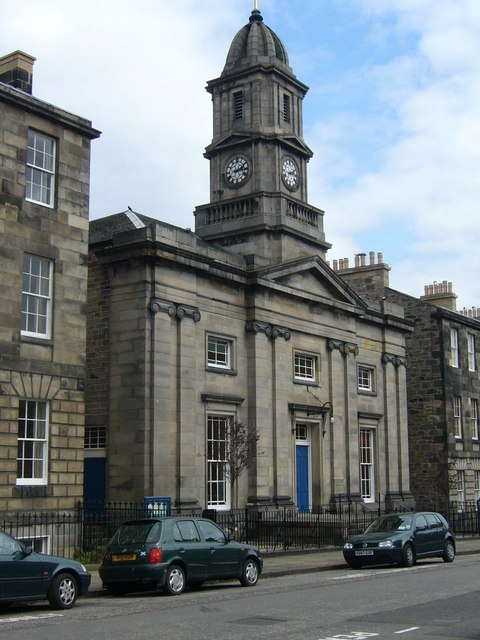 George Matheson was a Scottish theologian and preacher.
He was educated at the University of Glasgow, where he graduated first in classics, logic and philosophy. In his twentieth year he became totally blind, but he held to his resolve to enter the ministry, and gave himself to theological and historical study.

However, he was academically gifted, and his sisters learned Latin, Greek, and Hebrew to help him study. He graduated from the University of Edinburgh (MA 1862), then became a minister in the Church of Scotland. He pastored in the resort town of Innelan for 18 years; due to his ability to memorize sermons and entire sections of the Bible, listeners were often unaware he was blind. In 1886, Matheson became pastor of St. Bernard's Church in Edinburgh, where he served 13 years. He spent the remaining years of his life in literary efforts.

"When they saw the boldness of Peter and John...they took knowledge of them, that they had been with Jesus" (Acts 4:13). These two men drew one quality from the same source; they had both become bold from living with Jesus. Yet it was not the same kind of boldness. Peter and John were both courageou... Read More
George Matheson

George Matheson was hurting. It was not physical pain that cut him, or regret for the blindness that had robbed him of sight by the time he was eighteen. Rather, it was anguish of spirit. It was on this day, June 6, 1882, the day of his sister's marriage. His family was staying overnight in Glasgow,... Read More
George Matheson

"It is good that a man should both hope and quietly wait for the salvation of the Lord" (Lam. 3:26). What a singular combination--hope and quiet waiting! It is like a union of poetry and prose. Does it not seem an incongruous mixture of sentiments! We associate hope with impulse; quiet waiting is su... Read More
George Matheson

"...the law of liberty" (James 2:12). There are two theories in the world about the human will. One says, "Man is a slave; he is bound hand and foot; he is for ever under law." The other says, "Man is free; he is master of his own actions; law has no dominion over him." St. James suggests terms of p... Read More
George Matheson

"Thou shalt not number the tribe of Levi...The Levites shall keep the charge of the tabernacle of testimony…" (Num. 1:49,53). Here was apparently a neglected set of men--a class overlooked in the enrolment of the people. They were to be uncounted, discounted. A spectator would have said they were a ... Read More
George Matheson

"The Lord brought an east wind...and when it was morning, the east wind brought the locusts" (Exod. 10:13). One is inclined to ask, Why bring the east wind at all? God was about to send a special providence for the deliverance of His people from Egypt. He was about to inflict the Egyptians with a pl... Read More
George Matheson

O Love That Wilt Not Let Me Go

Matheson said about this hymn: My hymn was com­posed in the manse of In­ne­lan [Ar­gyle­shire, Scot­land] on the ev­en­ing of the 6th of June, 1882, when I was 40 years of age. I was alone in the manse at that time. It was the night of my sister’s mar­ri­age, and the rest of the fam­i­ly were stay­i... Read More
George Matheson

"Against thy holy child Jesus…both Herod and Pontius Pilate,...were gathered together, For to do whatsoever thy hand and thy counsel determined before to be done" (Acts 4:27-28). The sentence ends just in the opposite way to what we are prepared for. We expect it to read thus: "Against Thy holy chil... Read More
George Matheson

Gather Us in, Thou Love That Fillest All

Gather us in, Thou Love that fillest all; Gather our rival faiths within Thy fold; Rend each man'��s temple veil, and bid it fall, That we may know that Thou hast been of old. Gather us in'�'we worship only Thee; In varied names we stretch a common hand; In diverse forms a common soul we see; In man... Read More
George Matheson

Make Me a Captive, Lord

Make me a captive, Lord, and then I shall be free. Force me to render up my sword, and I shall conqueror be. I sink in life'��s alarms when by myself I stand; Imprison me within Thine arms, and strong shall be my hand. My heart is weak and poor until it master find; It has no spring of action sure, ... Read More
Subscribe