Anti-Religious Thought In The Eighteenth Century

Anti-Religious Thought In The Eighteenth Century (1926) The eclipse of Christian theology during the rationalist advance of the eighteenth century is one of the most interesting of historical episodes. In order to see it clearly, we must first realize that it was an episode and that it is now histor... Read More

4. Mr. Bernard Shaw In the glad old days, before the rise of modern morbidities, when genial old Ibsen filled the world with wholesome joy, and the kindly tales of the forgotten Emile Zola kept our firesides merry and pure, it used to be thought a disadvantage to be misunderstood. It may be doubted ... Read More

5. Mr. H. G. Wells and the Giants We ought to see far enough into a hypocrite to see even his sincerity. We ought to be interested in that darkest and most real part of a man in which dwell not the vices that he does not display, but the virtues that he cannot. And the more we approach the problems ... Read More

On Mr. Rudyard Kipling and Making the World Small

3. On Mr. Rudyard Kipling and Making the World Small There is no such thing on earth as an uninteresting subject; the only thing that can exist is an uninterested person. Nothing is more keenly required than a defence of bores. When Byron divided humanity into the bores and bored, he omitted to noti... Read More

On the Negative Spirit

II. On the Negative Spirit Much has been said, and said truly, of the monkish morbidity, of the hysteria which as often gone with the visions of hermits or nuns. But let us never forget that this visionary religion is, in one sense, necessarily more wholesome than our modern and reasonable morality.... Read More

The Man Who Knew Too Much

What's Wrong with the World

What's Wrong with the World (1910) CONTENTS PART ONE: THE HOMELESSNESS OF MAN 1 The Medical Mistake 2 Wanted: An Unpractical Man 3 The New Hypocrite 4 The Fear of the Past 5 The Unfinished Temple 6 The Enemies of Property 7 The Free Family 8 The Wildness of Domesticity 9 History of Hudge and Gudge 1... Read More 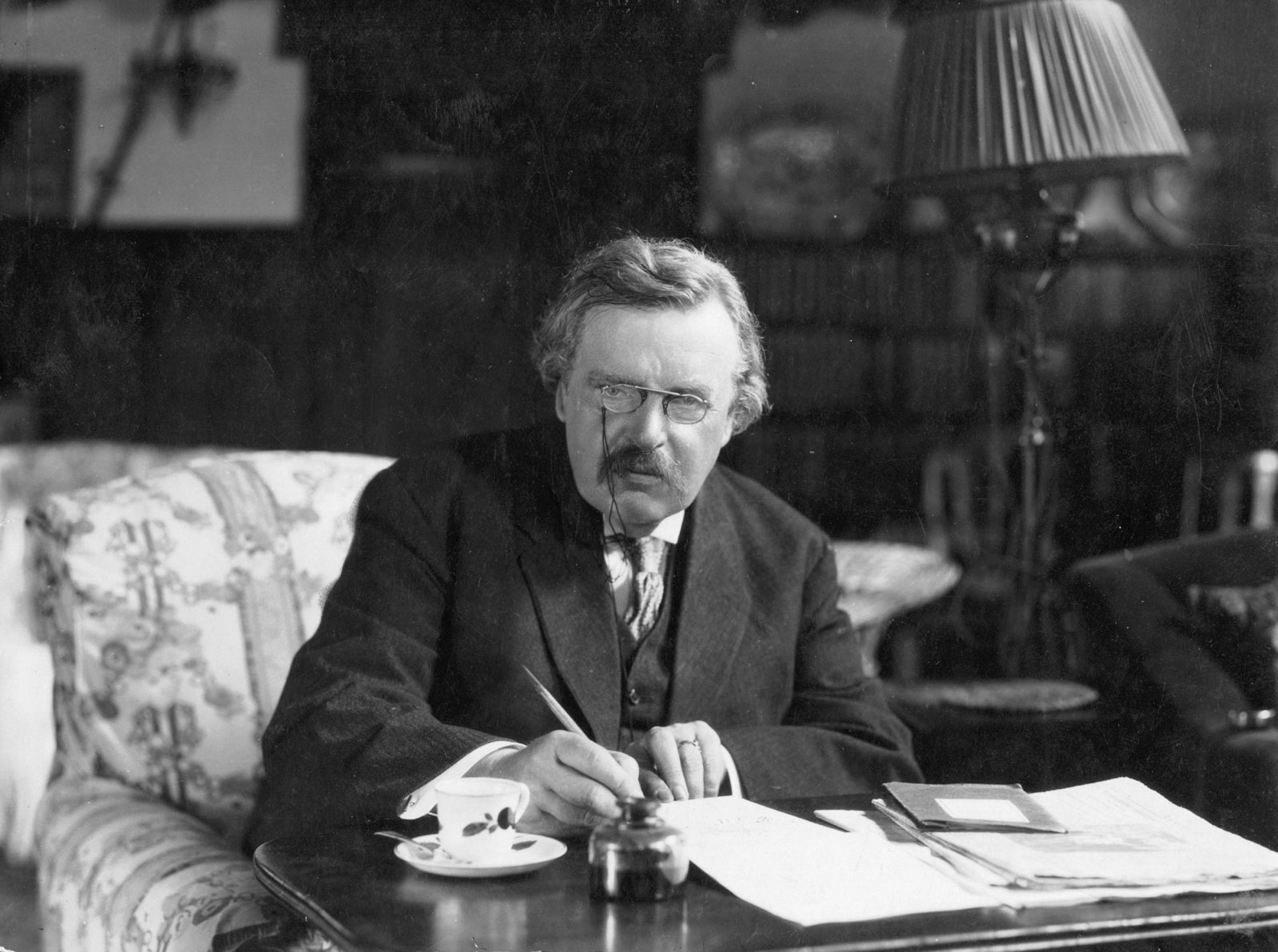 Gilbert Keith Chesterton was born in London, England on the 29th of May, 1874. Though he considered himself a mere "rollicking journalist," he was actually a prolific and gifted writer in virtually every area of literature. A man of strong opinions and enormously talented at defending them, his exuberant personality nevertheless allowed him to maintain warm friendships with people -- such as George Bernard Shaw and H.G. Wells -- with whom he vehemently disagreed.

Chesterton had no difficulty standing up for what he believed. He was one of the few journalists to oppose the Boer War. His 1922 "Eugenics and Other Evils" attacked what was at that time the most progressive of all ideas, the idea that the human race could and should breed a superior version of itself. In the Nazi experience, history demonstrated the wisdom of his once "reactionary" views.

His poetry runs the gamut from the comic 1908 "On Running After One's Hat" to dark and serious ballads. During the dark days of 1940, when Britain stood virtually alone against the armed might of Nazi Germany.

During his life he published 69 books and at least another ten based on his writings have been published after his death. Many of those books are still in print.