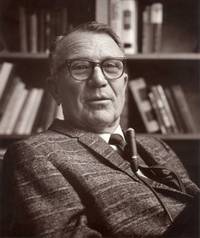 Brother McGee pastored an inter-denominational church, Church Of The Open Door in California. In 1967 he started the now famous "Through The Bible" radio program that airs on thousands of stations world-wide.

His burden has been to do systematic simple bible teaching to equip believers, protect them against false doctrines and share the whole counsel of God. He also has been a guest lecturer at the Dallas Theological Seminary.

He was born in Hillsboro, Texas. He graduated with his B.Div. from Columbia Theological Seminary and his Th.M. and Th.D. from Dallas Theological Seminary in Dallas. He served Presbyterian churches in Decatur, Georgia; Nashville, Tennessee; and Cleburne, Texas before he moved with his wife to Pasadena, California, where he accepted a position at the Lincoln Avenue Presbyterian Church.

He moved from Pasadena to Los Angeles and became the pastor of the Church of the Open Door in 1949, where he continued as pastor until 1970. McGee also served as the chair of the Bible department at the Bible Institute of Los Angeles (currently Biola University) and as a visiting lecturer at Dallas Theological Seminary.

In 1967, he began the Thru the Bible Radio Network program. In a systematic study of each book of the Bible, Dr. McGee took his listeners from Genesis to Revelation in a two and one-half year "Bible bus trip," as he called it. After retiring from the pastorate in January, 1970, and realizing that two and a half years was not enough time to teach the Bible, McGee completed another study of the entire Bible in a five year period. Thru the Bible is broadcast on Trans World Radio in the UK every weekday.

John Vernon McGee was born in Hillsboro, Texas, in 1904. Dr. McGee remarked, "When I was born and the doctor gave me the customary whack, my mother said that I let out a yell that could be heard on all four borders of Texas!" His Creator well knew that he would need a powerful voice to deliver a powerful message.

As a student pastor, Dr. McGee's first church was located on a red clay hill in Midway Georgia. After completing his education (earning his A.B. from Southwestern University in Memphis, Tennessee; his B.D. from Columbia Theological Seminary in Decatur, Georgia; his Th.M. and Th.D. from Dallas Theological Seminary in Dallas, Texas), and after pastoring Presbyterian churches in Decatur, GA, Nashville, TN, and Cleburne, TX, he and his wife came west, settling in Pasadena, where he accepted a call to the Lincoln Avenue Presbyterian Church. He recalls this period as the happiest in his life, with a young family and a young congregation whom he loved.

Dr. McGee's greatest pastorate was at the historic, Church of the Open Door in downtown Los Angeles, where he served from 1949 to 1970. Here he began a daily radio broadcast called "High Noon Bible Class" on a single station.

Dr. McGee began teaching Thru the Bible in 1967. After retiring from the pastorate, he set up radio headquarters in Pasadena, and the radio ministry expanded rapidly. Today the program airs on over 400 stations each day in the United States and Canada, is heard in more than 100 languages around the world and is broadcast worldwide via the Internet.

During his last few years failing health demanded the cancellation of many speaking engagements. This was extremely distressing to him. There was no recurrence of an earlier bout with cancer during this time, only a weakening heart. Back in 1965, after radical surgery, the doctors had given him 6 months to live. The Lord gave him 23 years.

Dr. McGee and the Board of Directors planned in advance how the program would continue in the event of Dr. McGee's homegoing. The message would remain the same and the "voice" of Thru the Bible Radio would continue to be Dr. McGee, through the use of the taped 5-year program, except for those foreign language broadcasts, where the producers use the printed 5-volume Bible study to translate and produce the program.

On the morning of December 1, 1988, a few minutes after a visit with the Associate Director of Thru the Bible, alert and in conversation centered around his concern for the continuance of the radio ministry, Dr. McGee fell asleep in his chair and quietly passed into the presence of his Savior.

Be Sowers of Seed

But there were false prophets also among the people, even as there shall be false teachers among you, who privily shall bring in damnable heresies, even denying the Lord that bought them, and bring upon themselves swift destruction. (2 Peter 2:1) There were false prophets in the Old Testament, but t... Read More
J. Vernon McGee

I just threw into the wastebasket a magazine from a so called Christian organization which told about all the things that you can get through prayer. The article promised that God will make you prosperous, that He will give you health and that He will give you everything. My friend, God is not a glo... Read More
J. Vernon McGee

The vision of Obadiah. Thus saith the Lord GOD concerning Edom: We have heard a rumor from the LORD, and an ambassador is sent among the nations, Arise, and let us rise up against her in battle. (Obadiah 1) Who was Obadiah? He was one of four prophets about whom we know absolutely nothing, except th... Read More
J. Vernon McGee

Guidelines for the Understanding of the Scriptues: Introduction

IS THE BIBLE IMPORTANT? The Bible is probably the most maligned Book that ever has been written. It has been attacked as no other book has ever been attacked. Yet it has ministered and does minister to literally millions of people around the globe, and it has been doing this now for several thousand... Read More
J. Vernon McGee

Guidelines: Part 1 IN WHAT WAY IS THE BIBLE UNIQUE?

IN WHAT WAY IS THE BIBLE UNIQUE? In many ways the Bible is a most unusual Book. For instance, it has a dual authorship. In other words, God is the Author of the Bible, and in another sense man is the author of the Bible. Actually, the Bible was written by about forty authors over a period of approxi... Read More
J. Vernon McGee

Guidelines: Part 2 HOW DO YOU KNOW THE BIBLE IS FROM GOD?

Guidelines: Part 3 WHAT DO YOU MEAN BY REVELATION? INSPIRATION? ILLUMINATION? INTERPRETATION?

WHAT DO YOU MEAN BY REVELATION? INSPIRATION? ILLUMINATION? INTERPRETATION? Revelation means that God has spoken and that God has communicated to man. Inspiration guarantees the revelation of God. Illumination has to do with the Spirit of God being the Teacher—He communicates. Interpretation has to d... Read More
J. Vernon McGee

GUIDELINES Open thou mine eyes, that I may behold wondrous things out of thy law. (Psalm 119:18) There are certain guidelines that each of us should follow relative to the Word of God. I guarantee that if you will follow these guidelines, blessing will come to your heart and life. Certainly there sh... Read More
J. Vernon McGee

Guidelines: Part 5 HOW TO STUDY YOUR BIBLE

Would you really like to know how to get to heaven? A few years ago railroads and airlines printed what were called "time tables." They all laid claim to the better route to your destination. They went so far as to print their line in big boxcar type, while their competitor’s line was put in the sma... Read More
J. Vernon McGee

The Mind Versus the Will of the Heart

In chapter 12 of Ezekiel, the prophet proclaims that judgment is imminent, but the people will not believe. The important thing to note is the proclamation of the Word of God; Ezekiel is giving the Word of God. The word of the LORD also came unto me, saying… Five times in this chapter (vv. 1, 8, 17,... Read More
J. Vernon McGee

At the outset, I want to make a very sharp distinction: This message is for Christians only, and that is O-N-L-Y. Why? Because it is on the topic of Christian giving, and God never did ask a non-Christian to give one dime to Him or to His cause. We misrepresent God when we make people believe that H... Read More
J. Vernon McGee

The worst enemy you have is not your neighbor nor your bill collector, he is not your severest critic nor your most aggressive competitor. We can identify him without calling in the FBI to determine who he is. In fact, I trust we can apprehend and condemn him very shortly, thus giving you a victory ... Read More
J. Vernon McGee

America Needs a Declaration of Dependence

Isaiah lived in a time of tension that bore many striking similarities to these days in which we live. Catastrophic events and cataclysmic judgments were taking place in rapid succession and on a global scale. The international scene presented a crisis on many fronts. There was upheaval in the socia... Read More
J. Vernon McGee

America Needs to be Thankful

The longest prayer recorded in the Scripture was offered by Solomon at the dedication of the temple. And he stood before the altar of the Lord in the presence of all the congregation of Israel, and spread forth his hands; for Solomon had made a bronze platform, of five cubits long, and five cubits b... Read More
J. Vernon McGee

An X-Ray of the Cross

My God, my God, why hast thou forsaken me? Why art thou so far from helping me, and from the words of my roaring? O my God, I cry in the daytime, but thou hearest not; and in the night season, and am not silent. But thou art holy, O thou who inhabitest the praises of Israel. Our fathers trusted in t... Read More
J. Vernon McGee

Armageddon: What? Where? When?

Armageddon has caught the imagination of man. Every great war or threat of war always raises the awesome image of Armageddon. Again and again that word occurs in the literature of the world. After World War I, for instance, a motion picture was made called "The Four Horsemen of the Apocalypse," whic... Read More
J. Vernon McGee

And God said unto Jacob, Arise, go up to Bethel, and dwell there: and make there an altar unto God, who appeared unto thee when thou fleddest from the face of Esau, thy brother. Then Jacob said unto his household, and to all that were with him, Put away the foreign gods that are among you, and be cl... Read More
J. Vernon McGee

Balaam: A Prophet for Profit

Across the pages of Scripture march men and women from all walks of life. The Holy Spirit customarily gives a camera-sharp picture of each one of them. There is generally a clear delineation of character that the Holy Spirit gives to us in a few words. There are some exceptions to this. There are th... Read More
Subscribe