"And they came to Bethsaida. And they brought a blind man to him and entreated him to touch him. And taking the blind man by the hand, he brought him out of the village; and after spitting on his eyes and laying his hands upon him, he asked him, Do you see anything? And he looked up and said, I see ... Read More

I have a question to offer you. It is contained in three words, Do you pray? The question is one that none but you can answer. Whether you attend public worship or not, your minister knows. Whether you have family prayers in your house or not, your relations know. But whether you pray in private or ... Read More

A Conversation with Nicodemus

"I tell you the solemn truth, unless a person is born of water and spirit, he cannot enter the kingdom of God. What is born of the flesh is flesh, and what is born of the Spirit is spirit. Do not be amazed that I said to you, ‘You must all be born from above.’ The wind blows wherever it will, and yo... Read More

"Most assuredly, I say to you, unless you eat the flesh of the Son of Man and drink His blood, you have no life in you. Whoever eats My flesh and drinks My blood has eternal life, and I will raise him up at the last day. For My flesh is food indeed, and My blood is drink indeed. He who eats My flesh... Read More

A look at Communion

"A man ought to examine himself before he eats of the bread and drinks of the cup" (1 Corinthians 11:28) The words which form the tittle of this paper refer to the subject of vast importance. That subject is the Lord's Supper. Perhaps no part of the Christian religion is so thoroughly misunderstood ... Read More

"Now in the morning, having risen a long while before daylight, he went out and departed to a solitary place; and there he prayed. Simon and those who were with him searched for him. When they found him, they said, to him, 'Everyone is looking for you.' But he said to them, 'Let us go into the next ... Read More

A Woman to Be Remembered

There is one subject in religion, about which you can never know too much. That subject is Jesus Christ the Lord. This is the mighty subject which the text that heads this page unfolds,--Jesus Christ, and Jesus Christ's intercession. I have heard of a book entitled "The Story without an End." I know... Read More

“Sanctify them through Thy truth.”--John xvii. 17. “This is the will of God, even your sanctification.”--1 Thessalonians iv. 3. The question which heads this page is one which many, I fear, will dislike exceedingly. Some perhaps may even turn from it with scorn and disdain. The very last thing they ... Read More

"Awake thou that sleepest."-Eph. 5:14 I put before you now a simple question. Look through the pages of this paper and you will soon see why I ask it. "Are you asleep about your soul?" There are many who have the name of Christians, but not the character which should go with the name. God is not Kin... Read More

Are You Born Again?

Are you born again? This is one of life's most important questions. Jesus Christ said, "Except a man be born again, he cannot see the kingdom of God" (John 3:3). It is not enough to reply, "I belong to the church; I suppose I'm a Christian." Thousands of nominal Christians show none of the signs of ... Read More

“Fight the good fight of faith”—1 Timothy 6:12 It is a curious fact that there is no subject about which most people feel such deep interest as “fighting.” Young men and maidens, old men and little children, high and low, rich and poor, learned and unlearned, all feel a deep interest in wars, battle... Read More

The question which heads this page may seem an odd one at first sight. To whom or to what does it apply? The words of St. Paul, below it, supply the key to its meaning. It is an inquiry concerning your soul and the Lord Jesus Christ. It means neither more nor less than this,---"Are you looking unto ... Read More

I ASK you a plain question at the beginning of a new year: Are you ready? It is a solemn thing to part company with the old year. It is a still more solemn thing to begin a new one. It is like entering a dark passage: we know not what we may meet before the end. All before us is uncertain: we know n... Read More

“I am now ready to be offered, and the time of my departure is at hand. I have fought a good fight, I have finished my course, I have kept the faith: Henceforth there is laid up for me a crown of righteousness, which the Lord, the righteous judge, shall give me at that day: and not to me only, but u... Read More

"Study the Scriptures" (John 5:39). "How do you read it?" (Luke 10:26). Next to praying there is nothing so important in practical religion as Bible-reading. God has mercifully given us a book which is "able to make [us] wise for salvation through faith in Christ Jesus" (2 Timothy 3:15). By reading ... Read More

(a) The world is full of difficulties about points of doctrine. The house of error lies close alongside the house of truth. The door of one is so like the door of the other that there is continual risk of mistakes. Does a man read or travel much? He will soon find the most opposite opinions prevaili... Read More

A letter which Master Hooper did write out of prison to certain of his friends, three weeks before his cruel burning at Gloucester. The grace of God be with you. Amen. I did write unto you of late, and told you what extremity the Parliament had concluded upon concerning religion, suppressing the tru... Read More 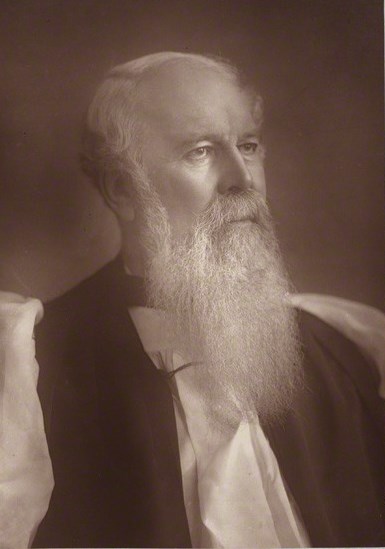