The Church in Earnest

A PASTORAL LETTER ON REVIVAL IN PIETY Addressed primarily to the church of Christ assembling in Carrs Lane, Birmingham, and submitted to the consideration of the Independent Churches in general. The Author of the following Epistle intended, originally, to print it exclusively for the use of his own ... Read More

The rage of the present day

If we would be revived in piety, we must resist by faith the encroaching influence of the WORLD, and the engrossing power of seen and temporal things. The address to the church of Laodicea would lead one to suppose that it was a place of trade--and that trade had produced riches--and riches had prod... Read More

When John Angell James was born in 1785 in the small Dorset town of Blandford, Dissenters were still no more than second-class citizens in England. University education and public office were alike closed to them. The outbreak of the French Revolution added fear to prejudice. They were hated as enem... Read More

(Choice devotional selections from the works of John Angell James)

JEWELS from JAMES (Choice devotional selections from the works of John Angell James) Like a ball and chain around his ankle! "Let us throw off everything that hinders and the sin which so easily besets you ." Hebrews 12:1 Besetting sins are powerful hindrances to Christian progress. In the case of m... Read More

JEWELS from JAMES (Choice devotional selections from the works of John Angell James) Fiendlike, beastlike, manlike, Godlike "Love your enemies, do good to those who hate you, bless those who curse you, pray for those who mistreat you." (Luke 6:27-28) To return evil for good, is fiendlike . To return... Read More

JEWELS from JAMES (Choice devotional selections from the works of John Angell James) The sin of killing time "Only fools idle away their time." Proverbs 12:11 Idleness is a complicated vice. Yes, I say VICE! First it is a most wasteful vice . It wastes time, which is more precious than rubies; it wa... Read More

JEWELS from JAMES (Choice devotional selections from the works of John Angell James) We must learn it by painful experience! The death of Christian friends should impress us with, even as it shows us—the vanity of the world . All that poetry ever wrote, even the most mournful, beautiful, and pensive... Read More

JEWELS from JAMES (Choice devotional selections from the works of John Angell James) God's hatred of sin The death of Christ, apprehended by faith, presents the strongest motives to holiness—by setting forth in the most vivid and striking manner . . . the holiness and justice of God; His determinati... Read More

JEWELS from JAMES (Choice devotional selections from the works of John Angell James) One gracious purpose of mercy! "And we know that God causes everything to work together for the good of those who love Him , and are called according to His purpose for them." Romans 8:28 Providence is God's governm... Read More

HAPPINESS—its NATURE and SOURCES Described, and MISTAKES Concerning it Corrected.

HAPPINESS—its NATURE and SOURCES Described, and MISTAKES Concerning it Corrected. By John Angell James Many are saying, " Who can show us any good? " Look on us with favor, Lord. You have put more joy in my heart than they have when their grain and new wine abound. (Psalm 4:6-7) Reader, this little ... Read More

SELF-RENUNCIATION By John Angell James The apostle Paul teaches this important duty, by the following awakening and impressive appeal: "Don't you know that your body is a sanctuary of the Holy Spirit who is in you, whom you have from God? You are not your own , for you were bought at a price; theref... Read More

EVIDENCES & RESULTS OF SANCTIFIED AFFLICTION By John Angell James "Behold, blessed is the one whom God reproves; therefore despise not the discipline of the Almighty! " (Job 5:17) "Before I was afflicted I went astray—but now I keep Your word. It is good for me that I was afflicted—that I might lear... Read More

YOUTH WARNED! A sermon by John Angell James , preached in Carrs Lane Meeting House, on Sunday Evening, January 4th, 1824, and addressed particularly to young men. "Likewise, exhort the younger men to be sober minded." Titus 2:6 I wish it were possible, young men, for me to disclose to you the deep s... Read More

A NEW YEARS SOLEMN WARNING by John Angell James This is what the Lord says: "I am going to remove you from the face of the earth. You will die this year! " Jeremiah 28:16 Standing as you now do upon the threshold of another year, and looking with something of curiosity and suspense, if not with anxi... Read More

SPIRITUAL IDOLATRY By John Angell James The apostle John closes his first epistle with the following tender and solemn admonition— "Little children, keep yourselves from idols!" Those to whom he thus addressed himself had been converted from Paganism, and needed to be cautioned against relapsing int... Read More

Sorrow For The Death Of Friends

SORROW FOR THE DEATH OF FRIENDS By John Angell James, on the death of his wife "Naked I came from my mother's womb, and naked I will leave this life. The Lord gives, and the Lord takes away. Praise the name of the Lord! (Job 1:21) "See, I am the only God! There are no others. I kill , and I make ali... Read More

Our Sins At The Seminary

Our Sins at the Seminary (Two letters from John Angell James to his brother Thomas James—on beginning his studies for the Christian ministry) December 19, 1811. To my brother Thomas, Were my ability equal to my wishes, with what hallowed delight would I expatiate on the scenery of that prospect, whi... Read More

The Force And Importance Of Habit

THE FORCE AND IMPORTANCE OF HABIT A New Year's address, delivered to the Young Men's Christian Association, in Birmingham, England, on January 4th, 1856, by John Angell James. My young friends, I rise to address you, standing as it were on the threshold of a new year, when the past is all gone never... Read More 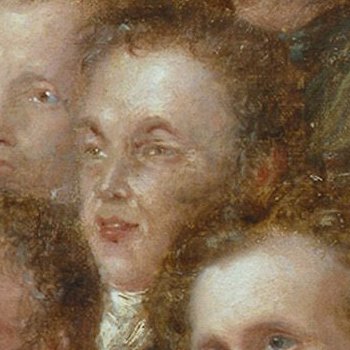 John Angell James was an English Nonconformist clergyman and writer, born at Blandford Forum. After seven years apprenticeship to a linen-draper in Poole, Dorset, he decided to become a preacher, and in 1802 he went to David Bogue's training institution at Gosport in Hampshire. A year and a half later, on a visit to Birmingham, his preaching was so highly esteemed by the congregation of Carrs Lane Independent chapel that they invited him to exercise his ministry amongst them; he settled there in 1805, and was ordained in May 1806. For several years his success as a preacher was comparatively small; but he became suddenly popular in about 1814, and began to attract large crowds. At the same time his religious writings, the best known of which are The Anxious Inquirer and An Earnest Ministry, acquired a wide circulation.

He was one of the founders of the Evangelical Alliance and of the Congregational Union of England and Wales. Municipal interests appealed strongly to him, and he was also for many years chairman of Spring Hill (afterwards Mansfield) College. He was also an ardent slavery abolitionist.