The Fruit of a Father's Prayers Our cottage home consisted of a "but" and a "ben" and a "mid room" or chamber, called the "closet." The one end was my mother's domain, and served all the purposes of a dining-room, kitchen and parlour, besides containing two large wooden beds. These were big airy bed... Read More 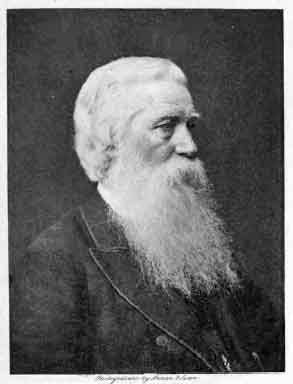 John Gibson Paton was born in Dumfries, Scotland. His family later moved to Torthorwald, where, in a humble thatched cottage of three rooms, his parents reared five sons and six daughters. The middle room of the cottage was known as the "Sanctuary," for it was there that John's father went three times a day to pour out his heart in prayer to God for the needs of his family.

At the age of 12, John was helping his father in the stocking business and also studying Latin and Greek. Later he left home to attend college in Glasgow, where he studied medicine and theology. Not long after, he became a missionary to the poor, degraded section of Glasgow. The work was discouraging, but during ten years of faithful labor, he won many to Christ, including eight boys, who later became ministers.

When John was about 30 years old, the Reformed Church of Scotland asked for a missionary to help with the work in the New Hebrides Islands. John answered the call, and soon he and his new bride were on their way to the South Pacific, in spite of the news that the previous missionaries had been murdered and eaten by the cannibals. The Patons settled on the island of Tanna, and began their ministry.

Since the natives had no written language, John talked to them in sign language. One day he learned a few native words, and after many months of labor, mastered their language and reduced it to writing. While there, his wife and infant son contracted tropical fever and died. The natives repeatedly stole his equipment, his life was in constant danger, but still he stayed and preached to them.

Moving to the island of Aniwa, Paton built a home, a mission house, two orphanages, a church, and a schoolhouse. And, after many years of patient ministry, he won the entire island to Christ! In 1899 he saw his Aniwa New Testament printed, and missionaries on 25 of the 30 islands of the New Hebrides. He went to be with the Lord in 1907.