A Celebration of Baptism

A Message From the King

Preaching is not just explaining or teaching. Preaching is heralding. Preaching is what a town crier does when there is a message from the king. He gathers a group of people and says, “Hear ye, hear ye, be it known to you today that by royal order of his highness, the king, there will henceforth be ... Read More

A Woman Who Fears the Lord Is to Be Praised

ay 10, 1981 Proverbs 31:30 In nineteen hundred sixty six I happened on a girl, And spent two years a-pondering The value of that pearl. She has a face and has a heart All full of love and filling, And so I sold my singleness All fifty years, God willing. And I have never once looked back For fear of... Read More

Acts 3:17-26 In Acts Chapter 3 Peter and John heal a lame man at the gate of the temple in Jerusalem. He follows them into the temple walking and leaping and praising God, and the people are filled with wonder and amazement. So Peter seizes the opportunity to preach the gospel. "Don't think we did t... Read More

Alone in a Big Church

September 20, 1981 Ephesians 4:11-12 A CALL TO SMALL TOGETHERNESS I have a deep confidence that God's hand is upon us for good here at Bethlehem in the calling of our ministers. Let me describe briefly what I think the Lord is doing and what he aims to do. About 14 months ago the church called me to... Read More

And All the Earth Shall Own Him Lord

Festival of Mission October 24, 1982 Philippians 2:9-11 Therefore God has highly exalted him and bestowed on him a name which is above every name, that at the name of Jesus every knee should bow in heaven and on earth and under the earth, and every tongue confess that Jesus Christ is Lord, to the gl... Read More

Be Filled with the Spirit

Believe in Your Heart That God Raised Jesus From the Dead

Easter Sunday April 11, 1982 Romans 9:30-10:10 What shall we say, then? That Gentiles who did not pursue righteousness have attained it, that is, righteousness through faith; but that Israel who pursued the righteousness which is based on law did not succeed in fulfilling that law. Why? Because they... Read More

Better Never to Have Known the Way

May 30, 1982 2 Peter 2:11-22 Chapter one of 2 Peter is a positive, encouraging summons for us to confirm our call and election by availing ourselves of God's power for godliness through faith in his precious and very great promises. Chapter two is a very bleak portrayal of the false teachers in the ... Read More

A Celebration of Ministry September 12, 1982 2 Corinthians 4 I would like to try to persuade you of two things this morning: first, that every Christian has received a gift from God which he is responsible to use for the good of the church and for the glory of God; second, there are compelling reaso... Read More

Can God Spread a Table in the Wilderness?

November 22, 1981 CAN GOD SPREAD A TABLE IN THE WILDERNESS? There are shorter ways to get from Egypt to Palestine than through the wilderness of Sinai. Mount Sinai is about 200 miles out of the way—which is bad enough if you are driving a car, but if you are walking and there is scarcely any water o... Read More

Romans 8:18-28 Before I entered college I hardly gave a thought to cancer and terminal illness. But ever since those college days death by disease has walked beside me all the way. Two of my college acquaintances died of leukemia and cancer of the lymph glands before they were 22. At seminary I watc... Read More

Christ Did Not Send Me to Baptize

1 Corinthians 1:10-17 It is surprising to me that Paul would say, "Christ did not send me to baptize," when, in fact, one of the last things Jesus said to His disciples was, "Go, make disciples of all nations, baptizing them in the name of the Father, the Son and the Holy Spirit. . ." In order to un... Read More

Christmas As the End of History

December 20, 1981 CHRISTMAS AS THE END OF HISTORY This is my tenth and final message in this series on the history of redemption. What I would like to do this morning is to pull it all together and show how God's work in history comes to a climax—and in a sense comes to an end—in the coming of his o... Read More

May 2, 1982 2 Peter 1:5-11 CONFIRM YOUR ELECTION Last Sunday we saw in 2 Peter 1:1-4 that God's divine power has been given to all who have obtained faith in the righteousness of our God and Savior, Jesus Christ; and that this divine power becomes effective through the knowledge that God has called ... Read More

Delighting in the Law of God

Psalm 1 For some people the word "argument" only means "dispute" or "haggling" or "wrangling." But I want to use the word "argument" in its more positive sense of the giving of reasons and the drawing of inferences. I don't like haggling and wrangling but I love to ponder the arguments in Scripture ... Read More

Destruction Is Not Sleeping

May 23, 1982 2 Peter 2:1-10 The main point of 2 Peter 1 which everything else supports or elaborates is verse 10: "Brethren, be the more zealous to confirm your call and election; for if you do this you will never fall." Peter wants us to enjoy the certainty of our salvation. He wants us to be so fi... Read More

Discipline in the Christian College: Can It Be Redemptive?

A Message to Bethel College Counseling Staff September 16, 1982 THE QUESTION In order to understand the question, we must define at least two of the key terms more precisely. The term "discipline" may mean the rigorous training or instruction by which knowledge or character is inculcated into a disc... Read More

Do Not Labor for the Food Which Perishes

September 6, 1981 John 6:27 Labor Day has been a national holiday in America for 87 years. The purpose is to honor the working people of our land. In 1956 a commemorative Labor Day stamp was issued with a picture of a strong man holding a sledge hammer, a pick, a hoe, and an ax over his shoulder. Hi... Read More 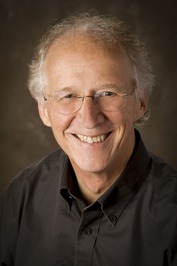 is a Calvinistic Baptist Christian preacher and author currently serving as Pastor for Preaching and Vision of Bethlehem Baptist Church in Minneapolis, Minnesota. His books include ECPA Christian Book Award winners Spectacular Sins, What Jesus Demands from the World, Pierced by the Word, and God's Passion for His Glory, and bestsellers Don't Waste Your Life and The Passion of Jesus Christ. The evangelical organization Desiring God is named for his book Desiring God: Meditations of a Christian Hedonist (1986).

In 1980, after what he described as an "irresistible call of the Lord to preach", Piper became Pastor of Bethlehem Baptist Church in Minneapolis, Minnesota, where he has been ministering ever since. Piper hit the evangelical scene after the publication of his book Desiring God: Meditations of a Christian Hedonist (1986) and has continued to publish dozens of other books further articulating this theological perspective. In 1994, he founded Desiring God Ministries, which provides all of Piper's sermons and articles from the past three decades, and most of his books online free of charge, as well as offering for sale books, CDs, and DVDs and regularly hosting conferences.

John Stephen Piper is a Reformed and Baptist theologian, preacher, and author, currently serving as Pastor for Preaching and Vision of Bethlehem Baptist Church in Minneapolis, Minnesota. He is the author of numerous books.

Piper's motto in ministry, preaching, and teaching is: "God is most glorified in us when we are most satisfied in him." He calls those who live out this motto Christian Hedonists. Piper places a heavy emphasis on the objective and absolute nature of truth and is confident in the Christian's ability to grasp that truth through the guidance of the Holy Spirit.... Show more
Read More
Subscribe