Taken from the Alliance Weekly - February 3, 1951 We present here the first of two remarkable articles on revival by Norman P. Grubb . . . Mr. Grubb is successor to C. T. Studd us director of the Worldwide Evangelization Crusade, and as such has sought to maintain the same spirit that has made that ... Read More

No! No! Praise God I know many of us agree there, it is a present-tense rest. But that bothered me more than it does now because I hadn’t a resting life. I didn’t rest in my works. Brothers and sisters, I am absolutely sure of this as a missionary secretary: I don’t want to be unkind, but I think 75... Read More

And in the final eternity, when even the Son becomes subject to the Father and hands over to the Father “that God may be all in all.” I Cor. 15:28. Pretty extreme, isn’t it? I like to emphasize this as an extreme Book—it entitles us to live an extreme life and preach an extreme message. Praise His N... Read More

I pointed out to you also the stages of Christian growth plainly outlined to us in God’s Word, suggesting too that God’s Word shows us that there are three phases which are to be experienced as well as mentally apprehended. Infancy, adolescence, and adulthood—the infant being in the condition in whi... Read More

And they used to try to get old Studd home from the Mission Field. He said, “God sent me out here. When God tells me to go home I’ll go home. Well, he’s gone home up that way instead. But he said this, “Look here, I will come home on one condition. I’ll come home from Central Africa to England for t... Read More

When I was in the British army, God very plainly called me (though I'd planned another career) to join a little independent missionary group just starting in Africa. But I wasn't there very long before I deeply felt my inadequacy. It wasn't that I was lukewarm for Jesus Christ; it wasn't that I had ... Read More

From Confusion to Clarity

What a world of sad and frustrating confusion exists for us while we live in a world where duality governs our outlook. The moment comes to each of us in God’s special way for the individual. It is a distorted life of disease and unrest, while we see with double vision. Is God really in charge of af... Read More

The Lord gave me a wonderful text when I entered in by God’s grace into the first stages of understanding here. He gave it to me when I had to take up new responsibility in this mission from the time our founder died. I was very young for that kind of work then and I remember how the Lord gave me a ... Read More

He has come to manifest the victory that One wrought out on Calvary and bring it into life. I don’t know about you, but I can’t let myself off by saying, “I’ll sow and somebody else will reap in the next generation. I prefer the outlook of Jesus when He dealt with an impossible woman who was an adul... Read More

May I say this—for I shall repeat it later on—it comes somewhat into that same category of acts and ways. It’s one thing to experience. It’s another thing to be able to expound your experience and, lead other people into it. It’s one thing for ourselves to see something even in a small way mentally.... Read More

REVIVAL IN THE CHRISTIAN BODY

Taken from the Alliance Weekly - February 17, 1951 Two weeks ago, in our issue for January 27, Mr. Grubb discussed the possi­bility and necessity of a continuous revival, both individual and corporate. A. W. Tozer In my previous article I told you something of what the Lord has been teaching me rece... Read More

The Holy Spirit in the earthly Body of Christ has always been God’s continuous answer to the assaults of Satan. He is now in His Body, ever seeking to release Himself in power through His people. And that is another way of speaking revival. We believe that God’s answer to Satan today is constant, wo... Read More

James—I may speak a little later about James? James is a friend of mine. He wasn’t of Luther’s, but he is of mine. He is a holy man, James. Oh, he’s a holy man. He knew a great deal more of holiness perhaps than some of his critics. He is full of perfection, “perfect patience,” “perfect law of liber... Read More

The Central Secret of Union

The Sole Pupose of Creation

The basis of all I have written is the one and only foundation of all truth: that there is only one Person in the universe—God, “The All in all”—and that therefore the whole universe, things or people, is nothing but dependent, derivative forms of the “in all” of “God All in all.” When, therefore, w... Read More

We have no right to divide Christians into two categories the saved and the sanctified, the average and the ardent, the believer and the follower. Jesus did not, nor did Paul. Jesus simply presented those who thronged Him with one standard, that was all: for conduct, the Sermon on the Mount; for cos... Read More

There are such subtleties in the discernment between good and evil that it is only the mature, who by reason of use by exercise and experience, are able to discern. That is linked up in the previous chapter where it refers to, “For the Word of God is quick, and powerful and sharper than any two-edge... Read More 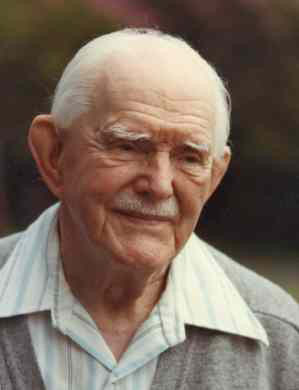 Read freely text sermons and articles by the speaker Norman Grubb in text and pdf format.Was a British Christian missionary, writer, and theological teacher. Despite having a Christian upbringing it was only at the age of eighteen that Grubb seriously began to consider what it meant to be a Christian. It was a conversation with a family friend that challenged him to think more deeply about his faith, and from that point on he became committed to evangelistic work. While recovering from his bullet wound in 1917 Grubb was handed a tract about the Heart of Africa Mission and the work of C.T. Studd in the Belgian Congo. After reading this tract he felt a calling to join Studd in his missionary activities.

After Studd’s death in 1931, it was learned that he had left a letter appointing Grubb as president of the ministry he had founded, World Evangelisation Crusade (W.E.C., WEC International), in place of himself. Grubb however thought it would be better to be called secretary instead. W.E.C. grew from one mission field with 35 workers to a worldwide mission operating in over 40 fields with thousands of workers from around the world, all living according to the principle that all needs will be supplied by God with no appeals to man. The mission continues to this day under the name of Worldwide Evangelization for Christ.