A Doubter's Doubts About Science and Religion

PREFACE SOME of the following chapters we printed in a volume a few years ago. It may be thought perhaps that the criticisms they contain are out of date, now that Spencer-ism is dead and Darwinism discredited. But though biological theories which reigned supreme a few years ago have been abandoned ... Read More

Daniel in the Critic's Den

DANIEL IN THE CRITICS' DEN PREFACE and CONTENTS ALTHOUGH this volume appears under an old title, it is practically a new work. The title remains, lest any who possess my "Reply to Dean Farrar's Book of Daniel" should feel aggrieved on finding part of that treatise reproduced under a new designation.... Read More

PREFACE TO THE SEVENTH EDITION. APPEALS have been received from many quarters for an edition of Human Destiny at a price to bring it within reach of a wider circle of readers. And it has been urged by some that in re-issuing it account should be taken of what has been published on the subject during... Read More

Misunderstood Texts of the Bible

MISUNDERSTOOD TEXTS OF THE BIBLE THE NEW TESTAMENT INTRODUCTORY CHAPTER "I TELL YOU earnestly and authoritatively (I know I am right in this), you must get into the habit of looking intensely at words, assuring yourself of their meaning, syllable by syllable - nay, letter by letter." These words of ... Read More

The Bible or the Church (The Buddha of Christendom)

THE BIBLE OR THE CHURCH by Sir Robert Anderson PREFACE and Contents. THE subject of these pages is one of the highest interest, and it is only those who are in some way behind the scenes who can judge aright of its peculiar urgency at the present moment. "The greatest achievement in English history"... Read More

The Gospel and Its Ministry

THE GOSPEL AND ITS MINISTRY PREFATORY NOTE TO THE THIRTEENTH EDITION. THE first ten chapters of The Gospel and its Ministry were written some five-and-thirty years ago for a religious "Monthly." When published in book form these chapters were supplemented by a number of appendix notes; and further n... Read More

The Honor of His Name

THE HONOUR OF HIS NAME Preface and First Chapter. THE title of this book - a quotation from the sixty-sixth Psalm - indicates not only its subject, but its aim and purpose. I have to thank my friend Miss A. R. Habershon for permitting me to use her Concordance of the Lord's names and titles as an Ap... Read More

The Lord From Heaven

THE LORD FROM HEAVEN PREFACE and CONTENTS Some years ago the Author was asked to mediate between the Committee of one of our Missionary Societies and certain of their younger agents, whose faith had been disturbed by Moslem hostility to the truth of the Sonship of Christ. Though not unversed in the ... Read More

The Silence of God

THE SILENCE OF GOD PREFACE TO THE NINTH EDITION IN response to appeals from various quarters this book is once again reissued. Its importance is enhanced by the vagaries of religious thought in our day, and notably by the growth of certain religious movements which claim to be accredited by "miracul... Read More

THE WAY CHAPTER ONE THE scene is laid in the court of a Roman procurator. The occasion is a public trial. The prosecutors are the religious leaders of the Jews. The accused is a man of their own race and creed. Once a true and zealous "son of the Church "- an honoured and trusted disciple of their s... Read More

TYPES IN HEBREWS CHAPTER 1 AUTHORSHIP THE authorship of Hebrews has been a subject of controversy during all the centuries. Was it written by the Apostle whose name it bears in our English Bibles. Or does the honour rest with Luke the Evangelist? The claims of Barnabas and Apollos, and also of Cleme... Read More

UNFULFILLED PROPHECY Unfulfilled Prophecy and "The Hope of the Church" BY SIR ROBERT ANDERSON, K.C.B., LL.D. PREFACE I responded with real pleasure to a request from the Prophecy Investigation Society to write a manual on the prophecy of "The Seventy Weeks." But I soon found that such a book would b... Read More

A Doubter's Doubts About Science and Religion Preface

SOME of the following chapters we printed in a volume a few years ago. It may be thought perhaps that the criticisms they contain are out of date, now that Spencer-ism is dead and Darwinism discredited. But though biological theories which reigned supreme a few years ago have been abandoned or modif... Read More

A Doubter's Doubts About Science and Religion 1: How Did Life Begin?

THERE is one fact which not even the dreamiest of egoists can doubt, and that is, his own existence. Here at least knowledge is absolute. That I exist is certain; but how did I come to exist? I live; but how did life begin? The question is one to which every man is bound to find a reasonable answer.... Read More

A Doubter's Doubts About Science and Religion 2: The Darwinian Theory

"IT'S lovely to live on a raft. We had the sky up there all speckled with stars, and we used to lay on our backs and look up at them and discuss about whether they were made, or only just happened. Jim he allowed they was made, but I allowed they happened; I judged it would have took too long to mak... Read More

A Doubter's Doubts About Science and Religion 3: Herbert Spencer's Scheme

THE hypothesis of degeneration has been here suggested as a rival to that of evolution. It equally accounts for the facts, and is less beset with difficulties. Are we then to accept it? By no means. Both alike are mere theories, wholly unsupported by direct evidence; and therefore the sceptic will r... Read More

A Doubter's Doubts About Science and Religion 4: Have We A Revelation?

SCEPTICISM is "not a permanent resting-place for human reason." The knowledge that there is bad money in circulation does not make us fling our purse into the gutter, or refuse to replenish it when empty. The sceptic tries a coin before accepting it, but when once he puts it in his pocket, his appre... Read More

A Doubter's Doubts About Science and Religion 5: Is Christianity Divine?

Is Christianity a Divine revelation? This question must not be settled by the result of the preliminary inquiry here proposed. In rejecting sacerdotalism, we merely clear the ground for a discussion of the main question upon its merits. "The Reformation," says Mr. Goldwin Smith, "was a tremendous ea... Read More 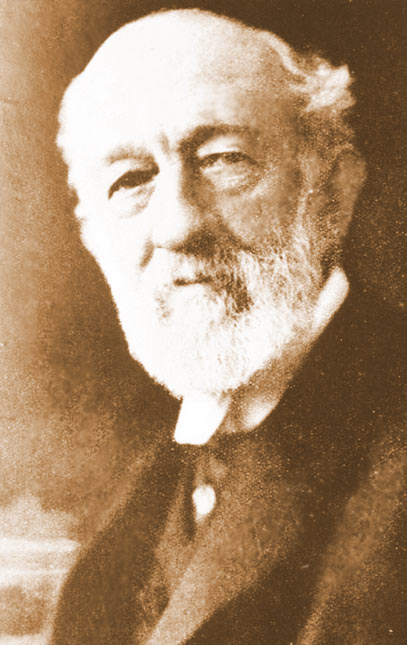 Sir Robert Anderson was born in Dublin, Ireland and was of Scottish descent. His father was an elder in the Irish Presbyterian Church and he was raised in a religious home. Anderson's conversion took place after listening to a sermon delivered by John Hall.

Sir Robert Anderson graduated from Trinity College, Dublin, in 1862 and was called to the Irish Bar in 1863. He later became Assistant Commissioner of the Metropolitan Police and Chief of the Criminal Investigation Department at Scotland Yard. When he retired in 1901, he was made Knight Commander of the the Order of the Bath. W. H. Smith, on the floor of the House of Commons, said Sir Robert "had discharged his duties with great ability and perfect faithfulness to the public."

Sir Robert Anderson was the chief inspector for Scotland Yard. He was greatly respected for his skill as an investigator. When Anderson wasn't writing on subjects related to crime, he wrote books on Christian prophecy. He helped establish the fact that 69 of Daniel's 70 weeks have now transpired, and that the tribulation will be the 70th week. Sir Robert Anderson's book, The Coming Prince, has become a foundational resource for all dispensationalists.