A DEMONSTRATION OF THE ERRORS OF A LATE BOOK.

[Dem-1] My design (worthy reader) is not to lay before you all the errors and false reasonings of this author throughout his whole treatise. This would lead you into too much wrangle, and the multiplicity of things disputed, would take your eye from the chief point in question, and so make the matte... Read More

An Humble, Earnest and Affectionate Address to the Clergy - Part 1

[Addr-1] The Reason of my humbly and affectionately addressing this Discourse to the Clergy, is not because it treats of Things not of common concern to all Christians, but chiefly to invite and induce them, as far as I can, to the serious Perusal of it; and because whatever is essential to Christia... Read More

An Humble, Earnest and Affectionate Address to the Clergy - Part 2

[Addr-71] It would be great Folly and Perverseness, to charge me here with slighting, or lessening the true Value, Use, and Importance of the inspired Apostolical Scriptures; for if the Charge was just, it must lie against Paul, and not against me, since I say nothing of them, but that which He says... Read More

An Humble, Earnest and Affectionate Address to the Clergy - Part 3

[Addr-161] But now Corruption, Sin, Death, and every Evil of the World, have entered into the Church, the Spouse of Christ, just as they entered into Eve, the Spouse of Adam in Paradise, in the same Way, and from the same Cause, viz., a Desire of more, or other Knowledge, than that which comes from ... Read More

An Introduction to William Law

Andrew Murray said of Law's Affectionate Address to the Clergy . . . "I do not know where to find anywhere else the same clear and powerful statement of the truth which the Church needs at the present day. I have tried to read or consult every book I knew of, that treats of the work of the Holy Spir... Read More

Concerning the nature and extent of Christian devotion

DEVOTION is neither private nor public prayer; but, prayers, whether private or public, are particular parts or instances of devotion. Devotion signifies a life given, or devoted, to God. He therefore is the devout man, who lives no longer to his own will, or the way and spirit of the world, but to ... Read More

The Grounds and Reasons of Christian Regeneration

The Introduction. I should reckon it a Matter of great Importance, if I knew how to bespeak the serious Attention of the Reader to one of the greatest Articles of the Christian Religion, and of the greatest Concern to himself. And though the Subject is particular, and seems only to relate to one Poi... Read More

The Spirit of Love - Part 1

My Dear Friend, [Love-1-1] You had no Occasion to make any Apology for the Manner of your Letter to me, for though you very well know that I have as utter an aversion to waste my Time and Thoughts in Matters of theological Debate as in any Contentions merely of a worldly Nature, as knowing that the ... Read More

The Spirit of Love - Part 2

THE FIRST DIALOGUE BETWEEN Theogenes, Eusebius, and Theophilus. [Love-2.1-1] Theogenes. Dear Theophilus, this Gentleman is Eusebius, a very valuable and worthy Curate in my Neighbourhood; he would not let me wait any longer for your second Letter of the Spirit of Love, nor be content till I consente... Read More

The Spirit of Love - Part 3

THE SECOND DIALOGUE BETWEEN Theogenes, Eusebius, and Theophilus. [Love-2.2-1] Eusebius. There is no Occasion to resume any Thing of our Yesterday’s Discourse. The following Propositions are sufficiently proved. [Love-2.2-2] First, That God is an abyssal Infinity of Love, Wisdom, and Goodness; that H... Read More

The Spirit of Love - Part 4

THE THIRD DIALOGUE BETWEEN Theogenes, Eusebius, and Theophilus. [Love-2.3-1] Eusebius. You have shown great Good-will toward us, Theophilus, in desiring another Meeting before we leave you. But yet I seem to myself to have no Need of that which you have proposed by this Day’s Conversation. For this ... Read More

The Spirit of Prayer - Part 1

Chapter I . Treating of Some Matters preparatory to the Spirit of PRAYER [Pryr-1.1-1] The greatest Part of Mankind, nay of Christians, may be said to be asleep; and that particular Way of Life, which takes up each Man's Mind, Thoughts, and Actions, may be very well called his particular Dream. This ... Read More

The Spirit of Prayer - Part 2

Discovering the true Way of turning to God, and of finding the Kingdom of Heaven, the Riches of Eternity in our Souls [Pryr-1.2-1] Thou hast seen, dear Reader, the Nature and Necessity of Regeneration, be persuaded therefore fully to believe, and firmly to settle in thy Mind this most certain Truth,... Read More

The Spirit of Prayer - Part 3

THE FIRST DIALOGUE BETWEEN Academicus, Rusticus and Theophilus; At which Humanus was present. [Pryr-2.1-1] Acad. Well met, honest Rusticus. I can now tell you with much Pleasure, that we shall soon see a Second Part of The Spirit of Prayer. And as soon as I get it, I will come and read it to you. [P... Read More

The Spirit of Prayer - Part 4

THE SECOND DIALOGUE [Pryr-2.2-1] Theoph. Let us now speak of Adam in his first Perfection, created by God to be a Lord and Ruler of this new-created World, to people it with an Host of angelic Men, till Time had finished its Course, and all things fitted to be restored to that State, from which they... Read More

The Spirit of Prayer - Part 5

THE THIRD DIALOGUE [Pryr-2.3-1] Rust. I have brought again with me, Gentlemen, my silent Friend, Humanus, and upon the same Condition of being silent still. But though his Silence is the same, yet he is quite altered. For this twenty Years I have known him to be of an even cheerful Temper, full of G... Read More

The Virtue Of Humility

Humility is the life and soul of piety, the foundation and support of every virtue and good work, the best guard and security of all holy affections. I recommend that you make humility a constant subject of your daily devotions, earnestly desiring you to think no day safe or likely to end well, in w... Read More

The Way to Divine Knowledge - Part 1

THE F I R S T ~ D I A L O G U E BETWEEN Humanus, Academicus, Rusticus, and Theophilus. [Way-1-1] Humanus. Oh! Theophilus, I must yield, and it is with great Pleasure that I now enter into Conversation with you. You have taken from me all Power of cavilling and disputing. I have no Opinions that I ch... Read More

The Way to Divine Knowledge - Part 2

THE S E C O N D ~ D I A L O G U E [Way-2-1] Academicus. I must take the Liberty, Gentlemen, of speaking first this Afternoon; for though I have been much pleased with what passed betwixt Humanus and Theophilus in the Morning, yet I must own to you all, that I was quite disappointed; for I came in fu... Read More

The Way to Divine Knowledge - Part 3

THE T H I R D ~ D I A L O G U E [Way-3-1] Academicus. If you please, Theophilus, pray go on, just where you left off at our last Meeting. For this Mystery seems to be at Daybreak with me; and the Approach of its Light leaves me no Power to be content without it. [Way-3-2] Theophilus. You have seen, ... Read More 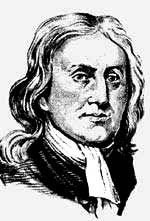 William Law was an English cleric and theological writer. He was educated at Emmanuel College, Cambridge, and was elected a fellow in 1711, the year of his ordination. He declined to take the oath of loyalty to King George I, in 1714, and was deprived of his fellowship. He became the tutor of Edward Gibbon, father of the famous historian. Later he returned to his birthplace of King's Cliffe where he lived the rest of his life, though he was known throughout England for his speaking and writing.

His writing of A Serious Call to a Devout and Holy Life (1728), together with its predecessor, A Practical Treatise Upon Christian Perfection (1726), deeply influenced the chief actors in the great Evangelical revival.

William Law, born inKing's Cliffe, England, in 1686, became a Fellow of Emmanuel College, Cambridge in 1711, but in 1714, at the death of Queen Anne, he became a non-Juror: that is to say, he found himself unable to take the required oath of allegiance to the Hanoverian dynasty (who had replaced the Stuart dynasty) as the lawful rulers of the United Kingdom, and was accordingly ineligible to serve as a university teacher or parish minister.

He became for ten years a private tutor in the family of the historian, Edward Gibbon (who, despite his generally cynical attitude toward all things Christian, invariably wrote of Law with respect and admiration), and then retired to his native King's Cliffe. Forbidden the use of the pulpit and the lecture-hall, he preached through his books. These include - Christian Perfection, the Grounds and Reasons of Christian Regeneration, Spirit of Prayer, the Way to Divine Knowledge, Spirit of Love, and, best-known of all, A Serious Call To a Devout and Holy Life, published in 1728.

Law's most influential work is A Serious Call to a Devout and Holy Life, written in 1728. In this book, he extols the virtue of living a life totally devoted to the glory of God. Although he is considered a high-churchman, his writing influenced many evangelicals, including George Whitefield, John and Charles Wesley, Henry Venn, Thomas Scott, Henry Martyn, and others such as Samuel Johnson. In addition to his writing, Law spent the final years of his life founding schools and almshouses, and in other practical ministries.

William Law died in 1761 just a few days after his last book, An Affectionate Address to the Clergy, went to the printers.