5:12-21 Therefore, just as through one man sin entered into the world, and, through sin, death entered into the world, and so death spread to all men, in that they had sinned; for up to the coming of the law sin was in the world, but sin was not debited against men because the law did not yet exist; but death reigned from the time of Adam to the time of Moses even over those who had not sinned in the way that Adam had, Adam, who was the symbol of the one who was to come. But the gift of free grace was not like the trespass. For if the many died in consequence of the sin of the one, much more the grace of God and his free gift in the grace of the one man Jesus Christ abounded to many. The free gift is not like the effect of the one man who sinned. The sentence which followed the one sin was a sentence of condemnation; but the free gift which followed the many trespasses was a sentence of acquittal. For if, because of the trespass of one, death reigned because of one, much more they who receive the superabundance of grace and of that free gift which establishes a right relationship between man and God, shall reign in life through the one Jesus Christ. So, then, as by one sin it came to all men to fall under sentence, so by one supreme act of righteousness it came to men to enter into that relationship with God which gives them life. Just as through the disobedience of one man the many were constituted sinners, so, through the obedience of one man, the many were constituted righteous. But the law slipped in that trespass might abound; but where sin abounded grace superabounded, so that just as sin reigned in death, grace might reign by putting men into a right relationship with God that they might enter into eternal life because of what Jesus Christ our Lord has done.

No passage of the New Testament has had such an influence on theology as this; and no passage is more difficult for a modern mind to understand. It is difficult because Paul expresses himself in a difficult way. We can see, for instance, that the first sentence never ends, but breaks off in mid-air, while Paul pursues another idea down a sideline. Still more, it is thinking and speaking in terms which were familiar to Jews and perfectly understandable to them, but which are unfamiliar to us.

If we were to put the thought of this passage into one sentence, which, indeed, was the sentence which Paul set out to write at the very beginning, and which got sidetracked, it would be this: "By the sin of Adam all men became sinners and were alienated from God; by the righteousness of Jesus Christ all men became righteous and are restored to a right relationship with God." Paul, in fact, said this very much more clearly in 1 Corinthians 15:21 : "As by a man came death, by a man has come also the resurrection of the dead. For as in Adam all die, so also in Christ shall all be made alive."

There are two basic Jewish ideas in the light of which this passage must be read.

(i) There is the idea of solidarity. The Jew never really thought of himself as an individual but always thought as part of a clan, a family, or a nation apart from which he had no real existence. To this day it is said that if an Australian aboriginal is asked his name, he gives the name of his tribe or clan. He does not think of himself as a person, but as a member of a society. One of the clearest instances of this kind of thing in recognizable action is the blood feud amongst primitive people. Suppose a man from one tribe murders a man from another tribe. It becomes the duty of the first tribe to take vengeance on the second; it is the tribe that has been hurt, and the tribe which takes vengeance.

In the Old Testament there is one vivid instance of this. It is the case of Achan as related in Joshua 7:1-26 . At the siege of Jericho, Achan kept to himself certain spoils in direct defiance of the commandment of God that all should be destroyed. The next item in the campaign was the siege of Ai, which should have fallen without trouble. The assaults against it, however, failed disastrously. Why? Because Achan had sinned, and, as a result, the whole nation was branded as sinner and punished by God. Achan's sin was not one man's sin but the nation's. The nation was not a collection of individuals; it was a solid mass. What the individual did, the nation did. When Achan's sin was admitted, it was not he alone who was executed but his whole family. Again, Achan was not a solitary, self-responsible individual; he was one of a solid mass of people from whom he could not be separated.

Paul says that all men sinned in Adam. If we are ever to understand Paul's thought here, we must be quite sure what he means, and we must be equally sure that he was serious. All through the history of Christian thinking there have been efforts to interpret in different ways this conception of the connection between Adam's sin and that of mankind.

(a) The passage has been taken to mean that "each man is his own Adam." This really means that, just as Adam sinned, all men have sinned, but that there is no real connection between the sin of Adam and the sin of mankind, other than that it could be said that Adam's sin is typical of the sin of all mankind.

(b) There is what has been called the legal interpretation. This would hold that Adam was the representative of mankind and the human race shares in the deed of its representative. But a representative must be chosen by the people he represents; and in no sense can we say that of Adam.

(c) There is the interpretation that what we inherit from Adam is the tendency to sin. That is true enough, but that is not what Paul meant. It would not, in fact, suit his argument at all.

(d) The passage ought to be given what is called the realistic interpretation, namely that, because of the solidarity of the human race, all mankind actually sinned in Adam. This idea was not strange to a Jew; it was the actual belief of the Jewish thinkers. The writer of 2 Esdras is quite clear about it. "A grain of evil was sown in the heart of Adam from the beginning and how much wickedness has it brought forth unto this time; and how much shall it yet bring forth till the time of the threshing come" ( 2 Esdras 4:30 ). "For the first Adam, bearing a wicked heart, transgressed and was overcome; and not only he but all they also who are born of him" ( 2 Esdras 3:21 ).

(ii) The second basic idea is intimately connected with this in Paul's argument. Death is the direct consequence of sin. It was the Jewish belief that, if Adam had not sinned, man would have been immortal. Sirach (Sirach 2:23) writes, "A woman was the beginning of sin and through her all die." The Book of Wisdom has it, "God created man for immortality and made him the image of his own proper nature; but by the envy of the devil death entered into the world." In Jewish thought, sin and death are integrally connected. This is what Paul is getting at in the involved and difficult line of thought in Romans 5:12-14 . We may trace his thought there in a series of ideas.

(a) Adam sinned because he broke a direct commandment of God not to eat of the fruit of the forbidden tree--and because he sinned, he died, although he was meant to be immortal.

(c) In spite of the fact that sin could not be reckoned to them, they still died. Death reigned over them, although they could not be accused of breaking a non-existent law.

(d) Why, then, did they die? It was because they had sinned in Adam. Their involvement in his sin caused their deaths, although there was no law for them to break. That, in fact, is Paul's proof that all men did sin in Adam.

So, then, we have extracted the essence of one side of Paul's thought. Because of this idea of the complete solidarity of mankind, all men literally sinned in Adam; and because it is the consequence of sin, death reigned over all men.

But this very same conception, which can be used to produce so desperate a view of the human situation, can be used in reverse to fill it with a blaze of glory. Into this situation comes Jesus. To God Jesus offered perfect goodness. And, just as all men were involved in Adam's sin, all men are involved in Jesus' perfect goodness; and, just as Adam's sin was the cause of death, so Jesus' perfect goodness conquers death and gives men life eternal. Paul's triumphant argument is that, as mankind was solid with Adam and was therefore condemned to death, so mankind is solid with Christ and is therefore acquitted to life. Even although the law has come and made sin much more terrible, the grace of Christ overcomes the condemnation which the law must bring.

(ii) The great virtue is this. Paul conserves the truth that mankind was involved in a situation from which there was no escape; sin had man in its power and there was no hope. Into this situation came Jesus Christ, and he brought with him something that broke the old deadlock. By what he did, by what he is, by what he gives, he enabled man to escape from a situation in which he was hopelessly dominated by sin. Whatever else we may say about Paul's argument, it is completely true that man was ruined by sin and rescued by Christ. 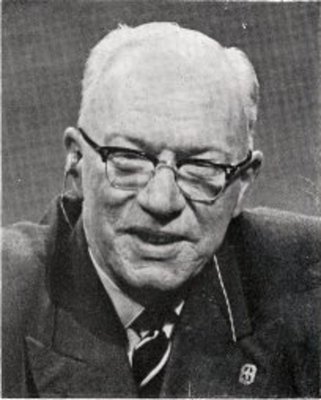