A Short and Very Easy Method of Prayer

THIS little treatise, conceived in great simplicity, was not originally intended for publication. It was written for a few individuals, who were desirous of loving God with all their heart. Many, however, because of the profit they received in reading the manuscript, wished to obtain copies, and, on... Read More

1. Banished from the presence of my Beloved, my Bridegroom, how could I be happy! I could not find access to Him, and I certainly could not find rest out of Him. I knew not what to do. I was like the dove out of the ark, which, finding no rest for the sole of its foot, was constrained to return agai... Read More

The Way to God

A Short and Very Easy Method of Prayer - part 1

SHORT AND VERY EASY METHOD OF PRAYER; WHICH ALL CAN PRACTICE WITH THE GREATEST FACILITY, AND ARRIVE IN A SHORT TIME, BY ITS MEANS, AT A HIGH DEGREE OF PERFECTION. BY MADAME GUYON. "Walk before me and be thou perfect."--Gen. xvii. 1. THIS little treatise, conceived in great simplicity, was not origin... Read More

A Short and Very Easy Method of Prayer - part 2

C H A P T E R XIII. ON REST BEFORE GOD. THE SOUL advanced thus far, has no need of any other preparation than its quietude: for now the presence of God, during the day, which is the great effect, or rather continuation of prayer, begins to be infused, and almost without intermission. The soul certai... Read More

by Madame Guyon CONCISE VIEW OF THE WAY TO GOD; AND OF THE STATE OF UNION BY MADAME GUYON "And the glory which Thou gavest me, I have given them; that they may be one even as we are one, (I in them and Thou in me,) that they may be made perfect in one."--John xvii. 22. PART I. ON THE WAY TO GOD CHAP... Read More

PART II. ON UNION WITH GOD. CHAPTER I. THE RESURRECTION. 50. The soul thus possessed of God, finds that He is so perfectly Lord over it, that it can no longer do anything but what He pleases and as He pleases; and this state goes on increasing. Its powerlessness is no longer painful but pleasant, be... Read More 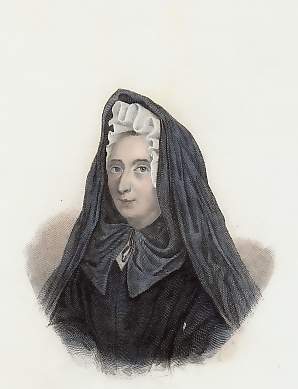 Jeanne-Marie Bouvier de la Motte-Guyon (commonly known as Madame Guyon) was a French mystic and one of the key advocates of Quietism. Quietism was considered heretical by the Roman Catholic Church, and she was imprisoned from 1695 to 1703 after publishing a book on the topic, A Short and Easy Method of Prayer.

Guyon's parents were very religious people, and they gave her an especially pious training. Other important impressions from her youth that remained with her came from reading the works of St. Francis de Sales, and from certain nuns, her teachers. At one time she wanted to be a nun, but soon changed her mind.

Guyon continued belief in God's perfect plan and that she would be blessed in suffering. To this end she was, when she bore another son and daughter shortly before her husband's death. After twelve years of an unhappy marriage, Madame Guyon had become a widow at the age of 28.

Guyon believed that we should pray all the time, whatever one was doing, to be also spending time with God. As she wrote in one of her poems: "There was a period when I chose, A time and place for prayer ... But now I seek that constant prayer, In inward stillness known ..."

In the Christian dispute regarding grace and works, Guyon defended the controversial belief that salvation is the result of grace, not works. Like St. Augustine, St. Thomas Aquinas, Calvin, and Martin Luther, she thought that a person's deliverance can only come from God as an outside source, never from within the person himself or herself.

Madame Guyon's most devout disciples after her death were to be found among the Protestants and especially the Quakers. Evangelicals such as Spurgeon were also influenced. Her works were translated into English and German, and her ideas, forgotten in France, have been read in Germany, Switzerland, England, and America.

Jeanne Marie Bouvieres de la Mothe Guyon was the leader of the Quietist movement in France. The foundation of her Quietism was laid in her study of St. Francis de Sales, Madame de Chantal, and Thomas a Kempis. At age 16, she married Jacques Guyon, a wealthy man of weak health, 22 years her senior. Until his death in 1676, her life was an unhappy one, partly due to the difference in their ages, and partly due to a tyrannical mother-in-law. Her public career as an evangelist of Quietism began soon after her widowhood.

Her first labors were spent in the diocese of Geneva, at Anecy, Gex, and Thonon, and in Grenoble. In 1686 she went to Paris, where she was at first imprisoned for her opinions, in the Convent of St. Marie in the Faubourg St. Antoine; she was released after eight months at the insistence of Madame de Maintenon. She then rose to the zenith of her fame. Her life at all times greatly fascinated those around her; the court, Madame de Maintenon, and Madame de Maintenon's College of Ladies at Cyr, came under the spell of her enthusiasm. But the affinity of her doctrines with those of Michael Molinos, who was condemned in 1685, soon worked against her.

Her opinions were condemned by a commission, of which Bossuet was president. She then incurred Bossuet's displeasure by breaking the promises she had made to him to maintain a quiet attitude and not return to Paris. She was imprisoned at Vincennes in December 1695, and the next year moved to Vaugirard, under a promise to avoid all receptions and correspondence, except by special permission. In 1698, she was imprisoned in the Bastille for four years. She spent the remainder of her life in retirement with her daughter, the Marquise de Bois, at Blois. She had numerous visitors of all ranks, some from foreign countries, and had a considerable correspondence. Her works fill some 40 volumes.