Jesus the Peacemaker – What does it mean?

Jesus said &ldquo;Blessed are the peacemaker, For they shall be called sons of God (Matthew 5:9 NKJV).&rdquo; In other words, we can not be blessed if we are not the peacemakers.&nbsp; 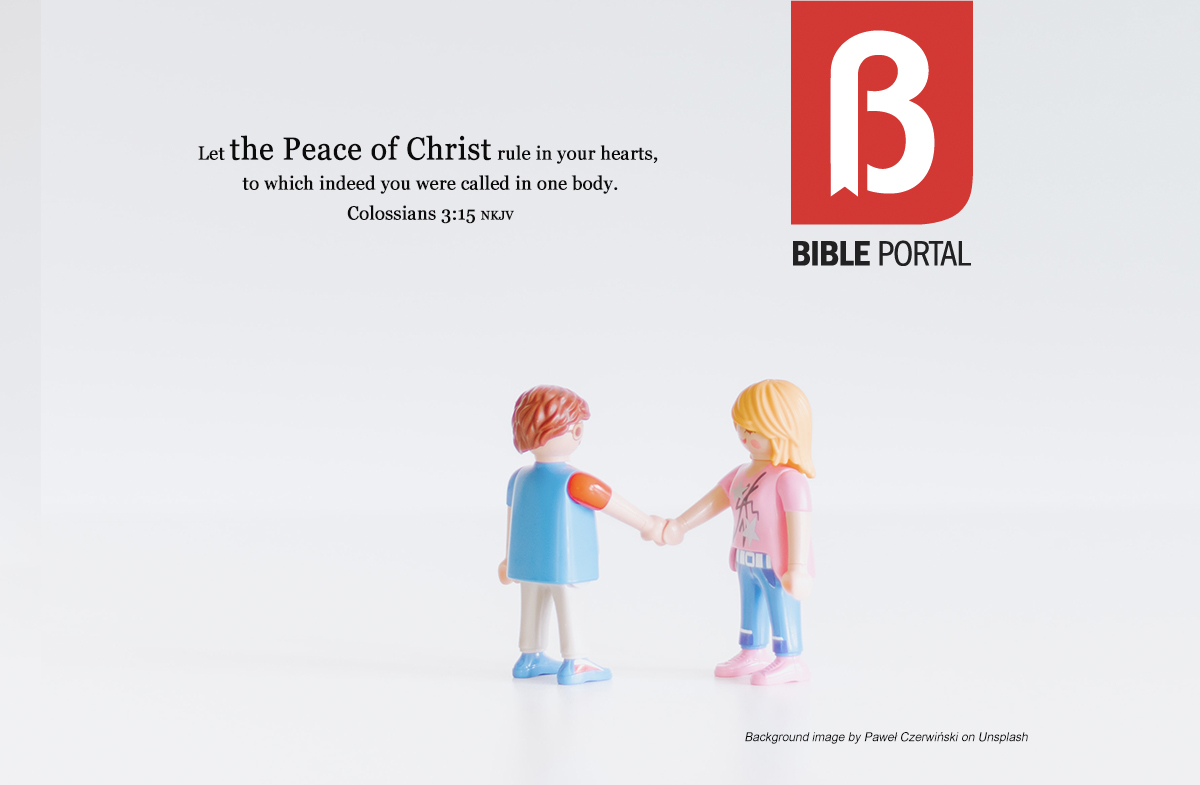 Reconciliation by Jesus with God&nbsp;

Jesus became the peacemakers between God and us by shedding his blood and death. &ldquo;For if when we were enemies we were reconciled to God through the death of His Son, much more, having been reconciled, we shall be saved by His life (Romans 5:10 NKJV).&rdquo;

For God so loved the world that He gave His only begotten Son, that whoever believes in Him should not perish but have everlasting life. (John 3:16 NKJV)

Now all things are of God, who has reconciled us to Himself through Jesus Christ, and has given us the ministry of reconciliation, that is, that God was in Christ reconciling the world to Himself, not imputing their trespasses to them, and has committed to us the word of reconciliation. Now then, we are ambassadors for Christ, as though God were pleading through us: we implore you on Christ&rsquo;s behalf, be reconciled to God. (2 Corinthians 5: 18-10 NKJV)

and by Him to reconcile all things to Himself, by Him, whether things on earth or things in heaven, having made peace through the blood of His cross. (Colossians 1:20 NKJV)

and that He might reconcile them both to God in one body through the cross, thereby putting to death the enmity. (Ephesians 2:16 NKJV)

And not only that, but we also rejoice in God through our Lord Jesus Christ, through whom we have now received the reconciliation. (Romans 5:11 NKJV)

Building unity by Jesus within us

The ones who were reconciled by Jesus in the relationship with God live in peace with others. Jesus tells us to love God and love our neighbors as ourself (Matthew 22:37:40). The relationship of peace extends to the brothers and sisters.&nbsp;

The apostle Paul showed the example of peacemakers and urged us to &ldquo;Let the peace of Christ rule in your hearts, to which indeed you were called in one body (Colossians 3:15 NKJV).&rdquo;&nbsp;

leave your gift there before the altar, and go your way. First be reconciled to your brother, and then come and offer your gift. (Matthew 5:24&nbsp; NKJV)

And whenever you stand praying, if you have anything against anyone, forgive him, that your Father in heaven may also forgive you your trespasses. (Mark 11:25 NKJV)

Salt is good, but if the salt loses its flavor, how will you season it? Have salt in yourselves, and have peace with one another.&rdquo; (Mark 9:50 NKJV)

But love your enemies, do good, and lend, [a]hoping for nothing in return; and your reward will be great, and you will be sons of the Most High. For He is kind to the unthankful and evil. ( Luke 6:35 NKJV)