A sermon to children.

'There were also with Him other little ships' Mark 4: 36 Some of the little things we do in our meetings with you are imitations of Christ's ways. When you are going away from a meeting we sometimes give you a tract ; so Jesus in sending the people away gave each of them a blessing. It was evening, ... Read More

Blessed be the God and Father of our Lord Jesus Christ, who hath blessed us with all spiritual blessings in heavenly places in Christ. Ephesians 1:3 There are many wonderful things in this epistle. Sometimes we are told to look up to the 'heavenly places;' sometimes to look back, past eternity; and ... Read More

There is a practical error very common among God's people. All of them profess to believe that the Holy Spirit may convert souls at any age, and that conversion cannot take place too soon; while yet they do not look for the conversion of children with the same lively faith that they manifest in aski... Read More

What I write is not a vision, nor a dream; it is an allegory of its kind. You will follow me into another region, to a spot where angels are gathered together in quiet, happy converse. They are all ' ministering spirits, sent forth to minister for them who shall be heirs of salvation' (Heb. 1:14); b... Read More

Are you living within the veil?

“When present affliction strips us of all earthly comforts, so that we can adopt Habbakuk’s words; if it makes us look with in the veil and hear Christ saying, ‘Am I not better than all My gifts?’ then affliction is a blessing. How far will the blessing go? It worketh out for us an eternal weight of... Read More

Bless the Lord, O my soul!

Psalm 103: 1-5 IN this psalm we find the Psalmist standing at the golden altar with his harp in his hand, recounting all his mercies. This psalm teaches us adoration. Adoration is not thanksgiving; it is silent wonder. I once saw a striking instance of this in a sick one, who said to me, 'I got such... Read More

'A time to keep silence and a time to speak' Eccles. 3:7 We can draw a great deal of instruction from Christ's silence. 'Let Christ's word and silence too Dwell in thy heart,' a Moravian hymn says. Silence as to things we would like to know about Christ is a different thing from Christ Himself keepi... Read More

'Have I not held my peace even of old, and thou fearest me not? Isaiah 57:11 IT is, as we would say, an old custom of God's to keep silence when we would have expected Him to speak. Of old God's silence was meant to lead men to fear. We need not wonder that when Christ came He acted in the same way.... Read More

Matthew 11:1-11 JOHN the Baptist lay in prison unnoticed, and we may say uncared for, for nearly a year. How mysterious! No wonder he sent to ask the Master if there was any explanation of this. 'Art Thou He that should come? Is this like the Messiah?' Christ's answer to the disciples of John was, '... Read More

'When He is come, He will tell us all things' John 4:25 You must have noticed some great and memorable sayings in the New Testament which were spoken unwittingly. 'This man receiveth sinners' (Luke 15:2); 'It is expedient that one man should die for the people' (John 11:50); 'He saved others, Himsel... Read More

The natural man is exceedingly perverse, and Satan knows how to wield this perversity of the heart. We, in our day, are ready to excuse ourselves for slowness to believe in the Lord Jesus by saying, 'How much easier it would have been, had we seen Him in the flesh, and been with Him when he wrought ... Read More

Christians are called to tread nowhere with greater circumspection than when dealing with unfulfilled prophecy, and it is owing to want of due caution here that so many a humble inquirer has been left, amidst the confusion that is within and ridicule without the Church, in painful uncertainty as to ... Read More

Development of Antichrist - Chapter 2. The Time of His Appearing

Reference has been made to the declaration in 2 Thessalonians 2 that the day of Christ should not come until "the apostasy" as well as "the man of sin" had been seen. Also to Matthew 24, where the great tribulation, "such as was not from the beginning of the world to this time, no, nor ever shall be... Read More

Development of Antichrist - Chapter 3. His Characteristics and Duration

The very name of Antichrist implies a denial of Christ having come in the flesh as well as an assumption of His place and dignity; and so exactly does this description apply, that to deny Christ in any measure or shape is held to indicate the working of that spirit of Antichrist which was already in... Read More

Development of Antichrist - Chapter 4. His Destruction and Its Consequences

In saying so much of Antichrist, it was impossible not to anticipate to a certain extent, what ought in proper order to have fallen under this division of the subject. It was necessary to allude to some of its circumstances in establishing his personality, the time of his appearing, and his duration... Read More

There would be no conclusion to draw from all this were it true, as is so frequently insinuated, that prophecy is of no private interpretation as far as our own individual interests are concerned. There may undoubtedly be a risk not alone of neglecting, but also on the other hand of giving it an und... Read More

The principle of interpreting the prophetic portions of Holy Scripture as literally as the historical is recognized throughout the following pages, and it is upon this ground alone that the writer builds his hope of escaping a charge of presumption in submitting them for consideration, as he has ven... Read More

'Always labouring fervently for you in prayers, that ye may stand perfect and complete in all the will of God' Col. 4:12. Epaphras was a citizen of Colosse. Hence his deep interest in the Colossians. The Lord does not ask His people to give up their patriotism when they turn to Him. Epaphras had a p... Read More

First-fruits of the Resurrection.

'The graves were opened; and many bodies of the saints which slept arose.' Matt. 27: 50-53 This is a passage about which very little has been written. Commentators seem to pass it by as something very mysterious. But if the Holy Spirit be with us we will find that there is a lesson for us in this pa... Read More

It is often best for us not to attempt to define Faith and its actings, but to show how the soul that has been awakened and is seeking a resting-place, may be gently led by the Spirit to meet Christ, in whom it finds all it desires, without an effort. Let us try this plan of illustrating the actings... Read More 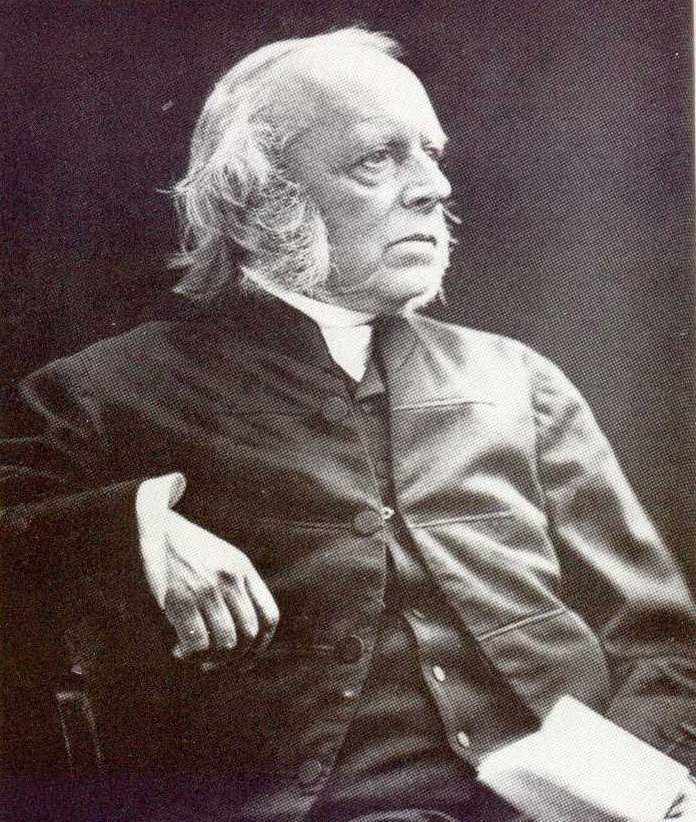 He was a well-known pastor in Scotland with the Free Church. His brother Horatius was another well-known minister who was contemporary with Robert Murray Mchyene and others in those days. They saw a move of revival in their churches where the Spirit brought many immediate conversations in a short period of time.

He is best known for his work on compiling the life of the prophet of Dundee: Robert Murray Mchyene: "Memoir and Remains of Robert Murray McCheyne." One cannot read this volume and feel the sobriety of eternity and the fear of the Lord. He also wrote a wonderful volume on Leviticus.


Andrew Alexander Bonar was a minister of the Free Church of Scotland, and the youngest brother of Horatius Bonar.

He studied at Edinburgh; was minister at Collace, Perthshire, 1838 - 1856 (both in the Church of Scotland and the Free Church); and of Finnieston Free Church, Glasgow, 1856 till his death.

He was identified with evangelical and revival movements and adhered to the doctrine of premillennialism. With Robert Murray McCheyne he visited Palestine in 1839 to inquire into the condition of the Jews there. During the visit of Dwight L. Moody to Britain in 1874 and 1875, Moody was warmly welcomed by Bonar, despite the latter receiving considerable criticism from other Calvinist ministers in the Free Church.

Andrew Bonar preached from the whole Bible, the Word of God from Genesis to Revelation. When one of his friends remarked on his originality in finding subjects for preaching, and wondered where he got all his texts, he just lifted up his Bible. He did not ignore any part of it, but explained it all. He did not shy away from any passages that might be seen as unpopular or unpleasant. Even the first chapters of Chronicles became 'God calling the roll of mankind.' He made it come alive as a history of men and women, living in their time, as we live in ours, accountable to God.

Christ and Him crucified was at the centre of all his preaching, in all parts of the Bible. He declared 'the whole counsel of God', and was deeply aware of his responsibility as a man of God. He spent hours every day in prayer and meditation of the Scriptures, and asking for the Holy Spirit to show the truth to him, so that he might pass it on to his flock. He wrote in a letter: "Persevering prayerfulness is harder for the flesh than preaching."

Above all, he was aware that his personal holiness would be of crucial importance to his preaching, as his remark shows: "Sins of teachers are teachers of sins."