“Bring ye all the tithe into the storehouse, that there may be meat in mine house, and prove me now herewith, saith the LORD of hosts, if I will not open you the windows of heaven, and pour you out a blessing, that there shall not be room enough to receive it.” (Mal. 3:10, KJV) Through His prophet M... Read More

Strange though it may seem, there are distinct similarities between the ways of God in revival and in judgment. Throughout the prophets the thought of a divine visitation is used to describe blessing and revival on the one hand (Jer 27:22) and a season of judgment on the other (Jer 50:31). Likewise ... Read More

The Purpose of Revival (Part I)

“This is the purpose that is purposed upon the whole earth: and this is the hand that is stretched out upon all the nations. For the LORD of hosts hath purposed, and who shall disannul it?” (Isaiah 14:26, 27) God has always worked by means of revivals. Since the dawn of human history, His purposes h... Read More

Restoration of the Church

A brief overview of Church History and how God has worked to 'revive' dead or obscured truths. "Remember not the former things nor consider the things of old. Behold, I am doing a new thing. Now it springs forth, do you not perceive it?" (Isaiah 43:18,19) In relation to this theme of revival and spi... Read More 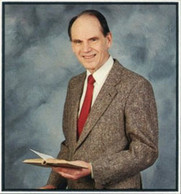 Through the teaching and writing of Arthur Wallis, most notably his book The Radical Christian (1981), Wallis gained the reputation of ‘architect’ of that expression of UK evangelicalism initially dubbed ‘the house church movement’, more recently labeled British New Church Movement.

Born the son of ‘Captain’ Reginald and Mary Wallis. He attended Monkton Combe School, near Bath, before going on to Sandhurst and wartime service in the Royal Tank Regiment. He was wounded at the Anzio Bridgehead, an event that led him to question the compatibility of his army service with his sense of calling to Christian ministry.

Following in his fathers footsteps, Arthur then embarked on an itinerant preaching and teaching ministry, with a particular emphasis on revival, prayer, the work of the Holy Spirit, and the ‘restoration’ of the church. He had deeply impacted by accounts of the Revival that took place on the Isle of Lewis in 1949 which he visited. His book In the Day of Thy Power (Christian Literature Crusade: 1956) was the fruit of this visit and his subsequent studies. He wrote some eleven books on themes promoting the Christian life, and travelled widely (in particular to the USA, Australia and New Zealand).

For much of his life Arthur lived in Talaton in Devon, moving in the last decade of his life, first to Yorkshire to join Bryn Jones’ Covenant Ministries, and later in 1981 to Southampton to be part of the leadership of the Community Church.

Shortly before his death, twenty years ago this year, he asked for no other memorial than “fruit in people’s lives”. Those who had the privilege of knowing him testify to the lasting impact that Arthur made upon them. His vision for revival is as fresh and as relevant now as it ever was. His book, God’s Chosen Fast (Kingsway: 1968) is the acknowledged classic on the topic of fasting, whilst his book The Radical Christian (Kingsway: 1981) which was his most difficult to write continues to call the Christian to live the dynamic life of Jesus.