Chapter 1. The Two Ways and the First Commandment

The Lord's Teaching Through the Twelve Apostles to the Nations. Chapter 1. The Two Ways and the First Commandment. There are two ways, one of life and one of death, but a great difference between the two ways. The way of life, then, is this: First, you shall love God who made you; second, love your ... Read More

But after you are filled, give thanks this way: We thank Thee, holy Father, for Thy holy name which You didst cause to tabernacle in our hearts, and for the knowledge and faith and immortality, which You modest known to us through Jesus Thy Servant; to Thee be the glory for ever. Thou, Master almigh... Read More

Whosoever, therefore, comes and teaches you all these things that have been said before, receive him. But if the teacher himself turns and teaches another doctrine to the destruction of this, hear him not. But if he teaches so as to increase righteousness and the knowledge of the Lord, receive him a... Read More

But receive everyone who comes in the name of the Lord, and prove and know him afterward; for you shall have understanding right and left. If he who comes is a wayfarer, assist him as far as you are able; but he shall not remain with you more than two or three days, if need be. But if he wants to st... Read More

But every true prophet who wants to live among you is worthy of his support. So also a true teacher is himself worthy, as the workman, of his support. Every first-fruit, therefore, of the products of wine-press and threshing-floor, of oxen and of sheep, you shall take and give to the prophets, for t... Read More

Appoint, therefore, for yourselves, bishops and deacons worthy of the Lord, men meek, and not lovers of money, and truthful and proved; for they also render to you the service of prophets and teachers. Therefore do not despise them, for they are your honored ones, together with the prophets and teac... Read More

Chapter 16. Watchfulness; the Coming of the Lord

Watch for your life's sake. Let not your lamps be quenched, nor your loins unloosed; but be ready, for you know not the hour in which our Lord will come. But come together often, seeking the things which are befitting to your souls: for the whole time of your faith will not profit you, if you are no... Read More

My child, flee from every evil thing, and from every likeness of it. Be not prone to anger, for anger leads to murder. Be neither jealous, nor quarrelsome, nor of hot temper, for out of all these murders are engendered. My child, be not a lustful one. for lust leads to fornication. Be neither a filt... Read More

My child, remember night and day him who speaks the word of God to you, and honor him as you do the Lord. For wherever the lordly rule is uttered, there is the Lord. And seek out day by day the faces of the saints, in order that you may rest upon their words. Do not long for division, but rather bri... Read More

Chapter 5. The Way of Death

Chapter 6. Against False Teachers, and Food Offered to Idols

See that no one causes you to err from this way of the Teaching, since apart from God it teaches you. For if you are able to bear the entire yoke of the Lord, you will be perfect; but if you are not able to do this, do what you are able. And concerning food, bear what you are able; but against that ... Read More

But let not your fasts be with the hypocrites, for they fast on the second and fifth day of the week. Rather, fast on the fourth day and the Preparation (Friday). Do not pray like the hypocrites, but rather as the Lord commanded in His Gospel, like this: Our Father who art in heaven, hallowed be Thy... Read More 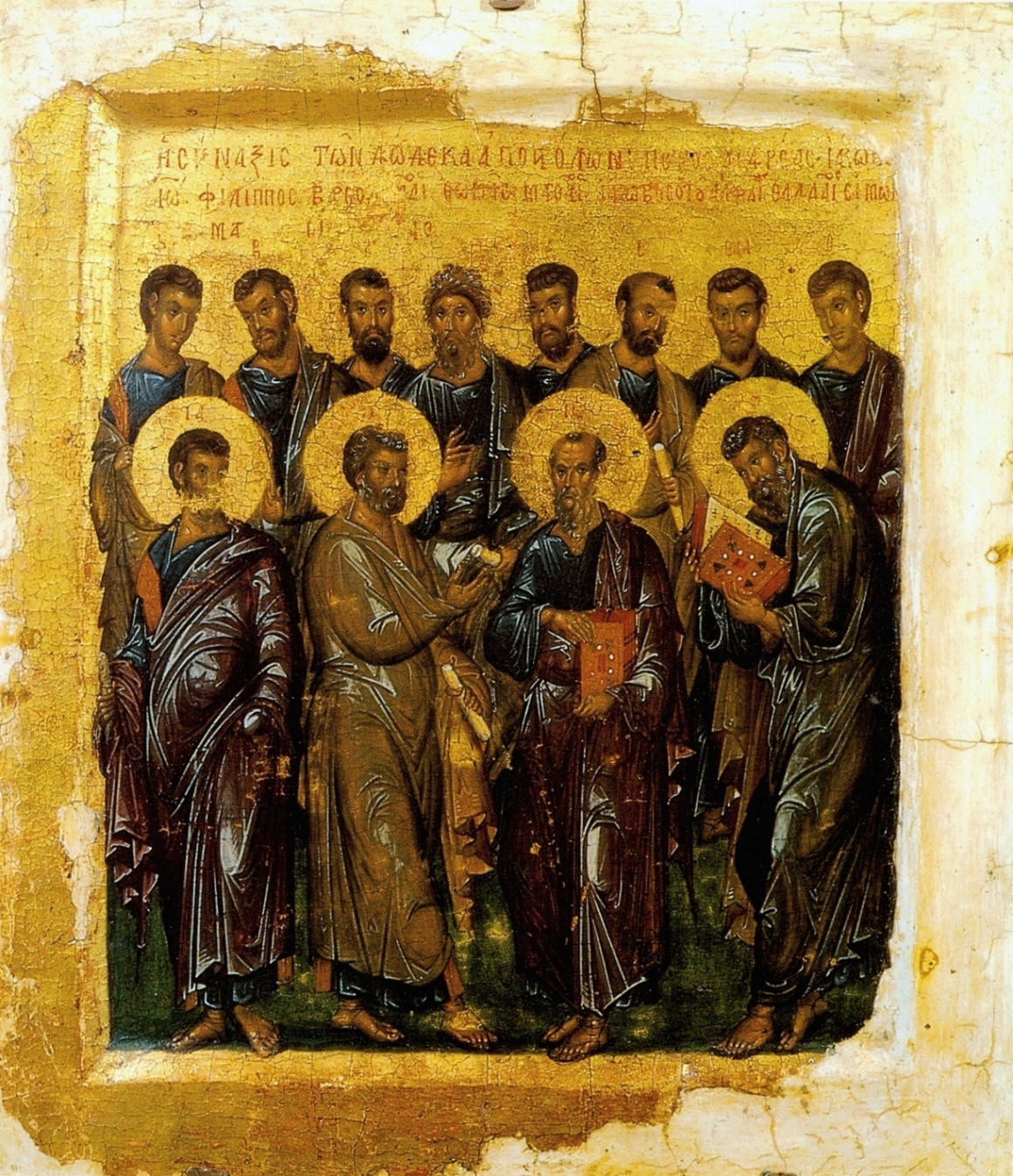 Read freely text sermons and articles of the Didache in text and pdf format. Since it was discovered in a monastery in Constantinople and published by P. Bryennios in 1883, the Didache or Teaching of the Twelve Apostles has continued to be one of the most disputed of early Christian texts. It has been depicted by scholars as anything between the original of the Apostolic Decree (c. 50 AD) and a late archaising fiction of the early third century. It bears no date itself, nor does it make reference to any datable external event, yet the picture of the Church which it presents could only be described as primitive, reaching back to the very earliest stages of the Church's order and practice in a way which largely agrees with the picture presented by the NT, while at the same time posing questions for many traditional interpretations of this first period of the Church's life. Fragments of the Didache were found at Oxyrhyncus (P. Oxy 1782) from the fourth century and in coptic translation (P. Lond. Or. 9271) from 3/4th century.

Traces of the use of this text, and the high regard it enjoyed, are widespread in the literature of the second and third centuries especially in Syria and Egypt. It was used by the compilator of the Didascalia (C 2/3rd) and the Liber Graduun (C 3/4th), as well as being absorbed in toto by the Apostolic Constitutions (C c. 3/4th, abbreviated as Ca) and partially by various Egyptian and Ethiopian Church Orders, after which it ceased to circulate independently. Athanasius describes it as 'appointed by the Fathers to be read by those who newly join us, and who wish for instruction in the word of goodness' [Festal Letter 39:7]. Hence a date for the Didache in its present form later than the second century must be considered unlikely, and a date before the end of the first century probable.