Exhibited, by the Deputies of the Synod, to Their Lordships the Curators of the University of Leyden, for the Purpose of Obtaining an Answer to each of them from the Professors of Divinity; and the Replies which James Arminius Gave to them, in November, 1605. With Other Nine Opposite Questions THE N... Read More

The Assurance of Salvation

With regard to the certainty [or assurance] of salvation, my opinion is, that it is possible for him who believes in Jesus Christ to be certain and persuaded, and, if his heart condemn him not, he is now in reality assured, that he is a son of God, and stands in the grace of Jesus Christ. Such a cer... Read More

The Divinity of the Son of God

With regard to the Divinity of the Son of God and the word autoqeov both of which have been discussed in our University in the regular form of scholastic disputations, I cannot sufficiently wonder what the motive can be, which has created a wish in some persons to render me suspected to other men, o... Read More

The Free-Will of Man

This is my opinion concerning the free-will of man: In his primitive condition as he came out of the hands of his creator, man was endowed with such a portion of knowledge, holiness and power, as enabled him to understand, esteem, consider, will, and to perform the true good, according to the comman... Read More

The Grace of God

In reference to Divine Grace, I believe, 1. It is a gratuitous affection by which God is kindly affected towards a miserable sinner, and according to which he, in the first place, gives his Son, "that whosoever believers in him might have eternal life," and, afterwards, he justifies him in Christ Je... Read More

The Justification of Man Before God

I am not conscious to myself, of having taught or entertained any other sentiments concerning the justification of man before God, than those which are held unanimously by the Reformed and Protestant Churches, and which are in complete agreement with their expressed opinions. There was lately a shor... Read More

The Perfection of Believers in This Life

Beside those doctrines on which I have treated, there is now much discussion among us respecting the perfection of believers, or regenerated persons, in this life; and it is reported, that I entertain sentiments on this subject, which are very improper, and nearly allied to those of the Pelagians, v... Read More

The Perseverance of the Saints

My sentiments respecting the perseverance of the saints are, that those persons who have been grafted into Christ by true faith, and have thus been made partakers of his life-giving Spirit, possess sufficient powers [or strength] to fight against Satan, sin, the world and their own flesh, and to gai... Read More

The Providence Of God

I consider Divine Providence to be "that solicitous, continued, and universally present inspection and oversight of God, according to which he exercises a general care over the whole world, but evinces a particular concern for all his [intelligent] creatures without any exception, with the design of... Read More

The Revision of the Dutch Confession & Heidelberg Catechism

But, besides these things, I had some annotations to make on the Confession of the Dutch Churches and on the Heidelberg Catechism; but they will be discussed most appropriately in our Synod, which at the first opportunity we hope to obtain through your consent, or rather by means of your summons. Th... Read More 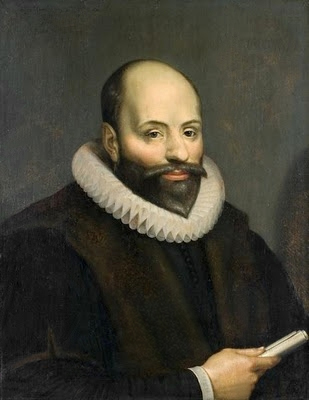 Jacobus Arminius (also known by the Anglicized names of Jacob Arminius or James Arminius) was a Dutch theologian, best known as the founder of the anti-Calvinistic school in Reformed Protestant theology, thereby lending his name to a movement which resisted some of the tenets of Calvinism - Arminianism. The early Dutch followers of Arminius' teaching were also called the Remonstrants, after they issued a document containing five points of disagreement with classic Calvinism, entitled Remonstrantice (1610).

Arminius became a professor of theology at Leiden in 1603, and remained there for the rest of his life. The theology of Arminianism was not fully developed during Arminius' time, but was systematized after his death and formalized in the Five articles of the Remonstrants in 1610. The works of Arminius (in Latin) were published at Leiden in 1629, and at Frankfort in 1631 and 1635. After his death the Synod of Dordrecht (1618-1619) judged his theology and its adherents anathemas and published the five points of Calvinism (later knows as TULIP) as a point-by-point response to the five points of the Arminian Remonstrants.