The record tells us that Jesus in His journey, "must need go through Samaria." There was no other way unless He had gone far around it. But we may believe that there was another "must need" for His passing that way - there was this woman at Samaria who needed Him. It was worthwhile to go a long distance out of His way - to carry the water of life to a thirsty soul. If He had not gone through Samaria, this wonderful chapter in John's gospel would never have been written, and the New Testament would have been less rich. It is worth our while to think of the way God is always directing our movements, so as to bring us to the places at which He wants us to be - and to the people He wants us to touch and to help. There are no 'chance' meetings in this world. Jesus met the woman at the well, at the right moment. When we are doing God's will - He guides our movements, orders our steps, and there is a sacred meaning in our crossing of other's paths.

A well of water in the East, was of great importance, and this well, no doubt, was especially valuable. People came from far and near to draw water from it, and weary passers-by were refreshed as they drank of the pure, wholesome spring. It is interesting to think of how many people along the centuries, were helped by the water they drew from its cold depths. It is not longer of value, however - it is now only a useless excavation, a mere relic of the past, choked by rubbish.

There are some people like this old well. Once they were full of life, with kindness flowing from them wherever they went, a blessing to all who came near to them. Now the well of love in them flows no more, or only intermittently; it has been choked up by the worldliness or by worldly care. We should keep our heart-wells ever open and the water flowing fresh and pure in them - as long as we live. Christian love never should cease to pour forth its streams of kindness .

The picture of Jesus being wearied with His journey, sitting down by the well-curb, is very suggestive. He had come a long distance and was tired after His hot journey. Such incidents as this help us to realize the humanness and the human-heartedness of Christ. He has not forgotten, now in heaven - His experiences of earth. He remembers in his glory - this day at the old well, how tired He was after His long journey, and how the rest and the water refreshed Him. We need not be ashamed to grow weary, since our Master Himself was weary. We are sure of His sympathy with us, for He understands, too, when we are exhausted by our toils or struggles; and He is glad to comfort and strengthen us.

When the woman of Samaria left her home that morning, to go to the well, she did not know what unusual thing would happen to her before she returned. She did not know that she would meet a Stranger who would bring her a new meaning of life and set her feet in new paths. We never know when we set out, on any day - what the hours may bring to us, whom we shall meet, and what new friend, whose influence that day shall change all our future course. We do not know what may happen any common day - which will make all our life different ever after. We should go forth every morning with our hand in Christ's - that He may guide us in the best way, so that we may not reject the good that is offered to us.

Jesus began His conversation with the woman by asking a little favor of her. He said, "Will you give me a drink?" This was better in the beginning of the conversation, than if He had offered to do something for her. This was the way to gain the woman's attention. Though so weary that He could not journey farther with His disciples, He was not too weary to be interested in this woman's life. This was a bit of Christ's wayside ministry. He was always ready to do a kindness, even in His resting ours.

Much of our life's best work - is produced in wayside ministries; things we did not plan to do when we set out in the morning: little helpfulnesses which we render as we pass on the way; words of cheer which we speak as we move along the common paths. Often these bits of wayside service mean more than the things in our lives which seem greater, which we plan for with care.

Jesus asked this woman for a little kindness - a drink of water. Who of us would not be glad any day to give our Master a cup of cold water? We say we cannot do anything like this for Him now, for He comes no more to our gate or along our way - a weary man needing our kindness. But He has told us how we may always have this privilege. In the least of His little ones who need our help - He Himself comes, appealing to love's ministry (see Matthew 25:40). We must be careful always, lest in our neglecting to show a kindness to some human being - we thrust Christ Himself away!

The woman was surprised to have this Stranger speak to her. It was not considered proper in those days, in that country, for a&nbsp;man to speak to a woman in public. Especially was it not customary for a Jew to speak to a Samaritan. The Jews and Samaritans were not in cordial relations. So she answered Him with a question, "You are a Jew and I am a Samaritan woman. How can you ask me for a drink?" The answer which Jesus gave to her flippant question hints at His own character and mission. "If you knew the gift of God and who it is that asks you for a drink, you would have asked him and he would have given you living water."

She saw only a weary, dust - covered Jew sitting there by the well, asking for a drink of water. She saw nothing unusual in Him. She did not know that this footsore Man was the Messiah, the Son of God, who had all life and all good in Him, and all things to bestow! He had asked only for a drink of common water - but He would give to her the water of life. Really, she was the famishing one - not He! And if only she would ask, He would give her infinite blessing. It is always the same. We go about with our great needs, our hungering hearts, our unrest, our consciousness of guilt - not knowing that close beside us stands the Christ, with all we need in His hands, ready and eager to supply our every want. We go on, meanwhile, chattering about the trivialities of life, and the unsatisfactory vanities of earth, not knowing what infinitely great blessings are within our reach, to be had simply for the asking!

The woman was impressed by what the Stranger said - but she did not yet comprehend His meaning. So she talked to him about the difficulty of getting water out of that deep well, and asked Him if He were greater than Jacob. Jesus replied again, using the water of the well as a symbol of earthly blessing. "Whoever drinks of this water shall thirst again." These words tell the whole story of the thirsts of human life. Men turn everywhere to satisfy themselves - but at best they find only temporary satisfaction, followed by still deeper thirst .

There is said to be a strange plant in South America which finds a moist place and rests there for a while, sending its roots down and becoming green. When this bit of earth dries up, the plant draws itself together and is blown along by the wind until it finds another moist spot, where it repeats the same story. On and on it rolls, stopping wherever it finds a little water, and staying until the water is exhausted. But after all its journeyings, it is nothing but a bundle of dead roots and leaves. The life of this plant, tells the story of those who drink only at this world's springs. They go from spring to spring, and at the last, at the end of the longest life - they are nothing but bundles of unsatisfied desires and burning thirsts .

In contrast, Jesus here tells also of the heavenly water which He gives to those who believe on Him. "Whoever drinks of the water which I shall give him - shall never thirst." In Christ, all the soul's cravings are met. There is no lack or desire in our nature, which cannot in Him find perfect satisfaction. One of the Beatitudes reads, "Blessed are those who hunger and thirst after righteousness; for they shall be filled." Noah's dove flew from the ark and went on weary wing everywhere - but found only a waste of desolate waters, with no place to alight. Then she flew back to the ark and was gently drawn within, where she found warmth, safety and rest. This story of the dove, illustrates the history of every soul that, having wandered everywhere in search of rest - at last returns to God and finds rest in Him!

The saying of Jesus about the well of water in the heart, is very suggestive. "The water that I shall give him&hellip; shall be in him a well of water." Thus every Christian becomes a fountain of blessing in this world. As from the great Fountain, Christ, all the streams of life flow - so from the little fountain in the heart of each believer, flows a stream of the water of life to give drink to those who are thirsty. Blessed ourselves, our thirst quenched, our life stratified - we become in turn centers or sources of blessing to others. Are we indeed wells of water at which others quench their thirst? Does our life make us a blessing to all who come near to us? Do we give forth kindness, patience thoughtfulness, gentleness and all helpful influences? Or do we pour out bitterness, impatience, angry words, ill temper, selfishness, and thoughtlessness?

The answer which Jesus made deeply impressed the woman, and she cried, "Sir, give me this water so that I won't get thirsty and have to keep coming here to draw water." She did not understand the meaning of Christ's words, and yet her pathetic appeal is full of meaning. The first desire of our hearts should be to receive the grace of Christ, that we many no longer be dependent upon the world's pleasures and comforts. It is a weary life which those live who have no source of good, save the little springs of earth which soon dry up.

Devotional Hours Within the Bible by James Russell Miller 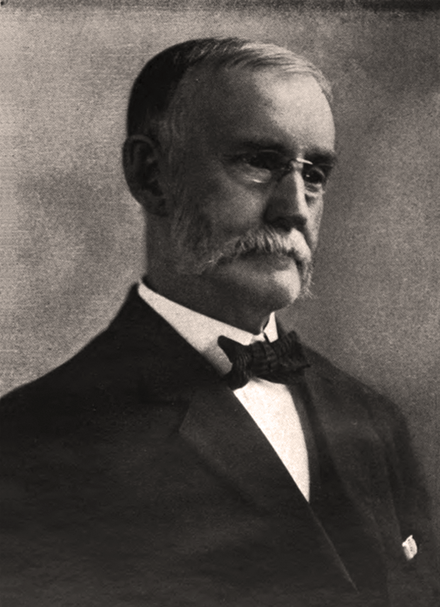 A unique type of devotional from the writings of James Russell Miller, published between 1908 and 1913.
James Russell Miller was a popular Christian author, Editorial Superintendent of the Presbyterian Board of Publication, and pastor of several churches in Pennsylvania and Illinois.
Wikipedia Read More
Subscribe