We continue meditating on the idea that everything we do represents a goal. In fact, most of the frustration we experience in life comes from wrong goals and blocks to those goals. Let me illustrate. Cast your mind back to the last time you were angry. If you can identify your goal and what blocked your goal, then you have the clue to what produced your anger and frustration.

A man once asked me if I could explain what caused his deep-seated anger. It soon became apparent that his anger was due to a blocked goal. His goal in life was to make money. He reasoned: "If I can make plenty of money, then everyone will see that I am a successful and important person." When he encountered blocks to this goal, such as his wife's insistence that he cut down on the amount of time he was spending in his business, he would erupt in anger.

I pointed out that the way to deal with the anger was to establish a goal that no-one could block. And what was that? To please the Lord. He resisted that idea at first, but when he came to realize that his goal in life was unbiblical and that his anger resulted from others blocking his unbiblical goal, he made a new commitment to God and found happiness and release. From then on his goal was not to make money, but to please the Lord.

I has to point out that there is nothing wrong with wanting to make money - it is a legitimate human desire - but it must remain a desire and never become a goal.

Prayer: O God my gracious Father, help me never to turn what can be a legitimate human desire into a life goal. Save me from pursuing unbiblical objectives, and guide me toward the truth which alone can make me free. In Jesus' Name. Amen. 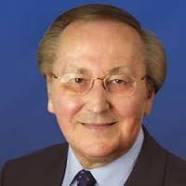 Let a little light into your soul every day with this wonderful devotional from English pastor Selwyn Hughes.
Selwyn Hughes was a Welsh Christian minister best known for writing the daily devotional Every Day with Jesus. He founded the Christian ministry Crusade for World Revival and wrote over fifty Christian books. George Carey, the former archbishop of Canterbury, described Hughes as a "giant in the faith".
Wikipedia Read More
Subscribe